Kullu: With the starting of Hindu’s holy Sawan month devotees of Lord Shiva are on their way to various holy places specifically associated with Him. Though pilgrimage to Amarnath Cave in Jammu and Kashmir is most popular holy place among devotees to visit but apart from it many other such places could be found in country equally popular among religious people. When it comes to Himachal Pradesh, Shrikhand Mahadev in district Kullu comes under Aani sub-division is not considered less than holy Amarnath cave. 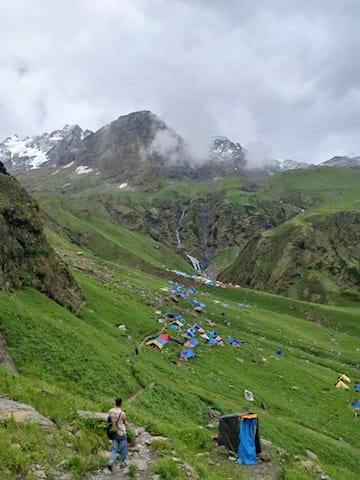 At an altitude of 18,570 feet among snow covered mountains after crossing a distance of 35 km through difficult terrains, risky, narrow and slippery way on foot in a freezing temperature has it’s own charm and attraction among devotees of Lord Shiva. That’s the reason even life threatening conditions on way to Shrikhand Mahadev journey fail stopping pilgrims pay their obeisance at their esteemed deity.

Keeping weather conditions and zeal among pilgrims in mind district administration gets prepared every year with well planed management to make the journey safe and easy for people interested visiting the holy place. This year, administration announced journey dates from 15th July to 31st July. 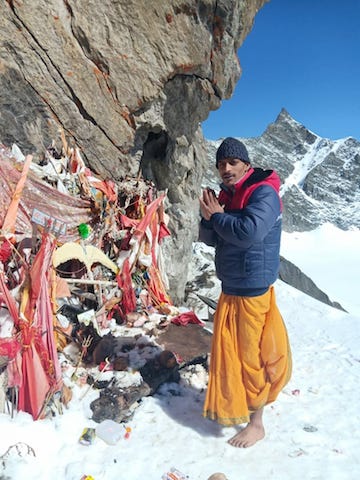 But even after being well preparedness there are, every year, some cases of deaths on way to this holy place reported. This year too within three days of starting journey 2 death cases have been reported one from Gujarat and another from Shimla at Thacharu stoppage (16000 feet) on their way to holy place of Lord Shiva.

Sub Divisional Magistrate (SDM) and vice president of Shrikhand Mahadev trust Chet Singh while contacted by Hill Post, confirming the casualties he said, ”It’s a sad news that two devotees have been died on their way. First Rajender Kumar, resident of Kothari colony, Rajkot, Gujarat. He died due to cardiac arrest at Thacharu.

While the other deceased Hemant (20), hails from Shimla. He also died on Thacharu due to trekking a long distance without having rest. As per doctors’ after examining the body told that crossing a long distance and reaching around 16000 feet altitude in one go lead to this youngster’s death.

Singh appealed all pilgrims have patience for a safe and happy journey avoiding any risk. He said that at least 2 or three nights stay, at various places having staying facilities on way, were required to reach the high altitude destination safely. Devotees should seriously consider the does and don’t clearly mentioned on registration slip they get at Sinhgaad base camp. Journey is not risky if all directions were followed honestly as medical camps have been temporarily set up at many places such as Sinhgaad, Thacharu, Bhimdwari and Parvatibag.

District Police chief , Shalini Agnihotri told media that 100 cops including 70 from police department and 30 home guards have been deployed at 35 km long stretch to maintain peace and help pilgrims at various points.

As far as casualties in trek is concerned 32 deaths have been reported between 2010-2018. But it didn’t affect people’s craze visiting Shrikhand Mahadev as there are many worth seeing and enchanting sights on way capable enough to attract devotees.