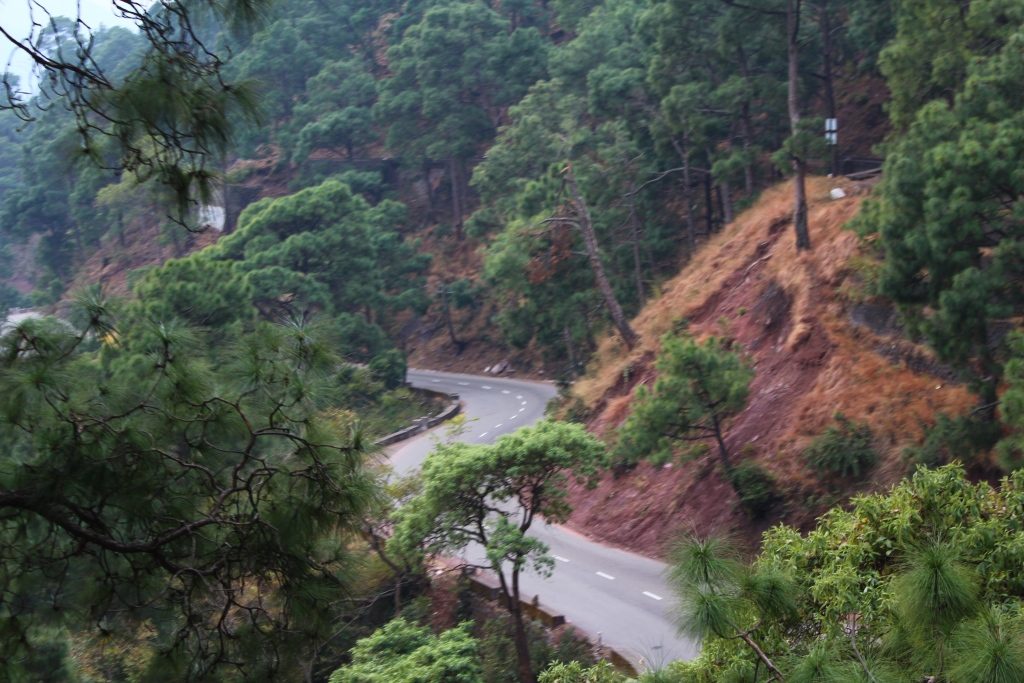 Shimla has received its first piece of bad news for the year. The report on Hill Post dated 5th March 2015 that the Government of India has approved the four laning of the Parwanoo – Shimla highway at a cost of Rs 1247 crores (for the first stretch up to Solan) cannot but cause concern to the residents of Shimla and to those who love the unique natural environment of the state and have been witness to its rapid destruction over the years. I have no doubt that in the days to come Messers Dhumal and Virbhadra Singh will be jousting with each other to claim credit for this project, but the fact is that this is a short-sighted venture whose down stream impacts have not been honestly assessed. As someone who has been residing in Shimla for 35 years and has seen this once idyllic town degenerate into an urban nightmare I am extremely worried about the environmental impacts of this project, which, I am positive, have not been addressed by either the state or central governments. The major ones are:

[I]      If I recollect rightly, it has been estimated that the four laning will result in a TREBLING of the vehicular traffic to Shimla. Can Shimla’s roads handle these numbers? More important, where will these vehicles be parked once they reach this sorry destination? Shimla’s solitary artery-the succession of pot holes known as Cart Road- is already grid-locked for most of the day and the radials are even worse. There is hardly any carriage-way left on the roads because of the cars parked on both sides. The few parking spaces constructed in the last few years do not even begin to dent the problem of parking, and indeed there are very limited options left to create more parking given the topography of the town, which is basically perched on a sharp ridge.

Some numbers would be useful to illustrate this point. During the tourist season( which nowadays is almost year round), between 2500 to 3000 vehicles enter Shimla every day( these are tourists’ vehicles, and are in addition to the 35000 or so cars owned by the residents of the town themselves). Assuming that a tourist stays in Shimla for three days, that’s about 9000 vehicles for which parking is required at any given time. The chaos on the roads every year clearly proves that this demand is never met. Now, with the four laning, we shall have to provide parking( and driving space) for THREE TIMES this number- 23000 to 27000 vehicles! It is an impossible task, and one which just cannot be done without completely destroying the town’s remaining green belts and converting it into a rocky outcrop

[II]     These additional tourists-tens of thousands of them- will require more hotel rooms to house them-going by the number of cars, room capacity shall also have to be tripled. Where is the space to build these additional rooms?  Construction activity in this town, thanks to the apathy of successive governments and formulation of ubiquitous ” retention policies” every few years, has already ensured that Shimla has become an urban carcinoma. Buildings have been built on 70 degree slopes, in nallahs, on excavated overburden, without sewerage or vehicular access, within green spaces, in total disregard of bye-laws or even of the fact that the town falls in a highly seismic zone, and just about every expert has predicted that a major earthquake is due in the lower Himalayas any time now. Shimla, in fact, needs a moratorium on new construction, but the upgraded highway will only result in further addition of hundreds of hotels and shops, further choking a town already on ventilator support. The few remaining green spaces in and around the town will disappear( the process has already started; the recent felling of 500 deodars on Tara Devi hill( with the full connivance of various govt. agencies, I have no doubt) for making a resort is a true harbinger of what is likely to happen on a much larger scale.

[III]     The new express-way will lead to felling of trees on a colossal scale. It is my information that about 7000 trees shall be axed on the Parwanoo- Solan stretch alone. My experience in the Forest Deptt. leaves me in no doubt that an equal number shall perish as a consequence of collateral damage. Of course, NHAI shall pay for all this, but no amount of compensation interms of money can substitute for the loss to the environment. The Solan- Shimla stretch shall witness even greater devastation because the entire stretch from Kiarighat to Tara Devi is thickly forested. Should we allow the loss of this priceless green cover just so that thousands of additional cars can drive to Shimla in greater comfort, spewing poison all the way?

[IV]      There is a social dimension to this project also. Currently, hundreds if not thousands of small time businesses function along the highway, selling goods and services to the tourists. With the widening of the road all of them shall be displaced as their shops shall fall in the expanded width. How does this make economic sense for a democratic government: ruin thousands of small businesses in favour of a few hoteliers? Of course, these unfortunates can always migrate to Shimla and work as coolies, but I’m not sure if that is the kind of ” development” they expected.

Mr. Javadekar and the Environment Ministry have ensured that there can be no public or procedural challenges to this project: he has exempted all linear projects from the need of having to commission either a socio-economic or an environmental impact assessment. Such studies would have clearly brought out the adverse impacts on the environment and on the effected peoples that this project would have caused. In fact, I would also go so far as to state that this project actually also needs a study to determine the effects of the additional air pollution that would be caused in Shimla by these vehicles. The pollution emission levels are already very high along many stretches of the Cart Road, and these can only become worse with the increase in vehicles. Then there is the question of additional demand for water and sewerage facilities, none of which has been even thought about by the government, let alone addressed.

This venture is a recipe for disaster, and would be the proverbial last nail in Shimla’s coffin. It is the wrong model for promoting tourism in Himachal. Instead of making it easier for tourists in ever increasing numbers to drive their cars and buses into our towns, we should be pressing the central govt. to spend the same money for extending the rail network to Manali, Mandi, Rampur, Hamirpur. The state govt. should be concentrating also on upgrading the road network WITHIN the state so that tourists can visit, and disperse to, destinations other than the tired and over burdened Shimla, Manali and Dharamsala only. Helicopter services, both intra and inter state, need to be introduced on a priority basis for the same reason. Himachal needs to think about, and invest in, infrastructure for high-end quality tourism, not thoughtlessly pander to the ” chhola- batura” kind of tourism that it appears to be comfortable with. It needs to demonstrate some vision and not just be a passive spectator. When will the state govt. realise that development and tourism has to take into account the CARRYING CAPACITY of a place, and that any activity which exceeds this capacity can only lead to irreversible destruction of the environment and, ironically, to the ruination of the very basis for that tourism in the first place? In the plains carrying capacity can be increased by augmenting infrastructure, but in mountainous terrain this is not possible without seriously harming the environment and impacting livelihoods of the local populations who depend on the natural environment.

I do not expect the government to review the four laning project: the politicians need something to crow about and further fool the people, and the bureaucracy can’t be bothered as long as it gets its DA instalments on time. It is time now for environmental activists and organisations like INTACH to take a lead in opposing this project at all possible fora, including the courts. In fact, I would even go so far as to say that the High Court should take suo-moto cognizance of the matter and ask the government some of the questions I have tried to raise in this piece. None of us will get a second chance to do so.