A mirror doesn’t lie. It can be cruel in its honesty in depicting the warts on your face and the evil that lurks behind the carefully arranged make-up. This is as true of a society as it is of a human visage. The social order in today’s India is so ravaged by a moral eczema that it needs more mirrors than a barber shop to reflect its depraved reality. Leslee Udwin’s documentary on the Nirbhaya rape case, INDIA’S DAUGHTER, is one such mirror, and we would do well to gaze on the ugliness that stares back at us from its contents instead of denying it. But what do we do instead? We denounce the film. Register a criminal case against the makers of the documentary, demand that it be banned, term it an interference in the judicial process and call it an insult to Indian womanhood. Can anything be more puerile and self-serving?

We are a sick society but won’t admit it. Its not just about rapes or about the one in three women in the country who are subjected to domestic violence. Its also about a judicial system that acquits four of every five persons charged with rape. Its about a police force that can thrash a severely disabled beggar on a railway platform. Its about a Chief Minister whose pilot car can mow down a pedestrian with impunity. Its about the fifteen persons who die on the railway tracks in Mumbai EVERY DAY with nothing done about it. Its about the twenty million children working in bonded labour. Its about India’s richest man building the world’s most expensive residence next to slums. Its about Delhi’s premier hospital refusing to admit a month old critical infant who then dies. Its about hospitals keeping dead patients in ICUs so that they can charge another day’s tariff. Its about foul mouthing a woman who died tending leprosy patients with her own wrinkled hands. Its about slaughtering each other in the thousands over Gods whom no one has ever seen, and who, presumably, don’t give a damn in any case. 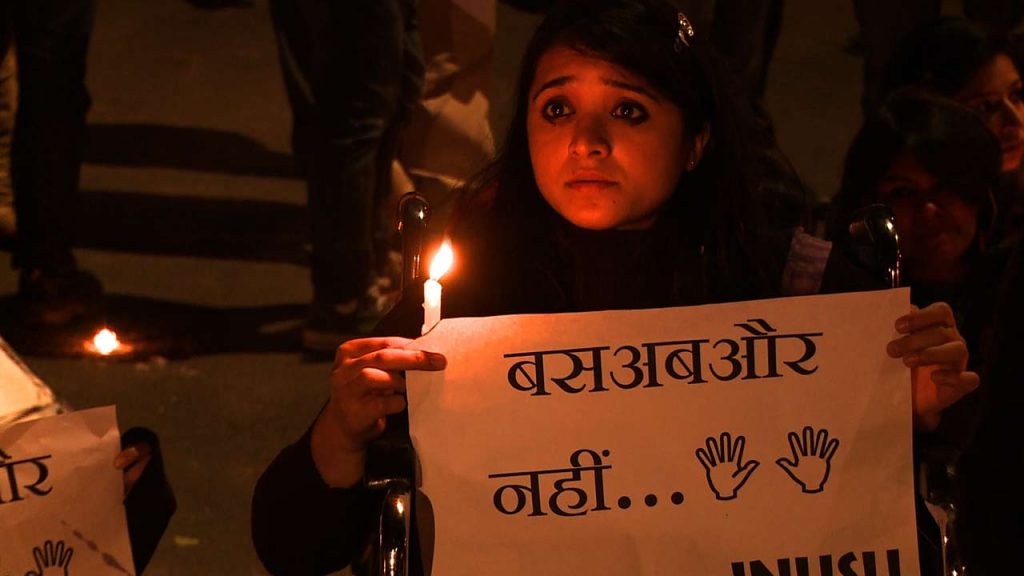 But we won’t admit we are sick. Nor will we allow anyone to convince us otherwise. It is in this context that we have to assess the current furor against Leslee Udwin’s film.

One fails to see what exactly in the film has offended our erstaz moral/ legal/ liberal gate-keepers. It is simply a succession of interviews with all those involved in the Nirbhaya case: the convicted, the parents of the girl, families of other accused and the lawyers. It does not make any judgments or take a position on the merits of the case. It simply seeks to go inside the psyche of the main players and uncover the thoughts, urges and impulses implicit in the tragic events that unfolded. It explores the heart of darkness that lies within each of us, and that perhaps is what makes the screaming mobs uncomfortable.

The main charge against the film is that it gives the rapist a “forum to express his views.” What is wrong with that? Hasn’t he already done that in the trial court, and will he not do so again in appeal? Doesn’t a convict have the right to freedom of speech? In any case, he is not saying anything that we haven’t heard before on similar lines, from the mouths of eminent politicians, fundamentalist organisations and Khap panchayats. Mukesh’s (the convict’s) views on women and their own culpability for rape mirrors the views of a large section of Indian males (and of policemen too). Its precisely this which has inspired the opposition to the film, for we don’t like to be reminded of the disease infecting us. The brutal fact is that Mukesh speaks for many of us, and therefore we want to silence him by banning the film. 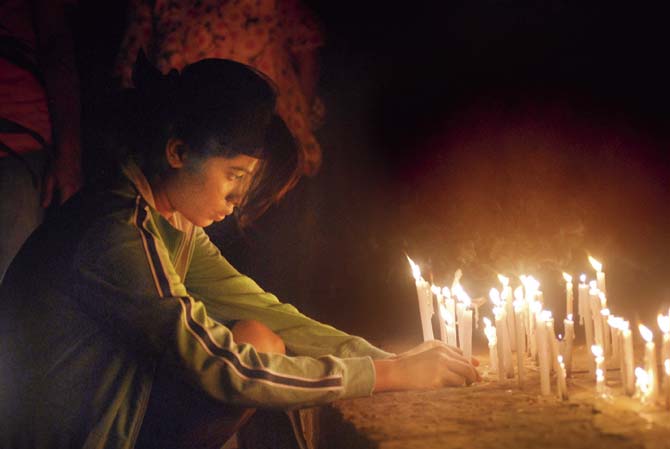 Its heartening to observe that many women’s organisations, and people like Kiran Bedi, are supportive of the film and its screening. Some, however, like Abha Singh and Kavita Krishnan, are their normal shrill and strident selves in condemning it. According to them Mukesh’s comments lowers “women’s dignity” and is an insult to all women. Of course they do so, and that is precisely the point the film is trying to make- to expose the thought processes of the north Indian male that regards a woman- related or not- as a God ordained object of his lust, violence and contempt. Surely, this exposure only furthers the campaign that these ladies have launched-why then should they object? I have a sneaking suspicion that they do so because they want to monopolise any campaign for the betterment of women and will brook no rivals. How dare Leslee Udwin barge into the scene without their say-so?

Its much easier to figure out the reasons behind the government’s typically panicked reaction in the face of Ms. Udwin’s statement that she had obtained all permissions for the interview and had even had the raw footage approved and vetted by the Tihar Jail authorities. I see two reasons to explain the government’s headless chicken act. One, unable to nail the film makers on any procedural grounds, the government is now trying to catch them on the patently specious charge of airing “offensive content”, “insulting women” and apprehension of “breach of peace”. It has been reported that charges have been filed under as many as eleven sections of law! The government and the Delhi police are as usual doing what they are best at- hunting for a scapegoat. Second, scatter red herrings across the trail and divert the hounds( read the media) on to a diversionary track so that they don’t ask the real questions that need to be asked. Some of these questions are:

Our track record in the recent past in matters of freedom of expression has been pretty dismal. The strident minority has always been able to drown out the voices of the silent majority. It has become the order of the day for the hypocrite and the obscurantist to masquerade as the offended and the liberal, for the misogynist to pose as the custodian of culture. The government, by its silence and selective actions, has generally supported such regressive elements. Will it continue to do so by banning INDIA’S DAUGHTER and prosecuting its authors?

Or will it finally have the courage and the conviction to look into the mirror?