It has been truly said that there occasionally comes a tide in the affairs of men which, taken at the flood, can carry them to glory, and if not, can leave them regretting and ruing the missed opportunity.

Such a moment has come for Mr. Modi in Kashmir.

He now has an opportunity which was inconceivable even one year ago: to form a government representing a unique Hindu-Muslim alliance in a Muslim dominated state which remains an unfinished desiderata of Partition. The implications of this are so enormous for our country, and for both the BJP and the parties in the Valley, that Mr. Modi MUST rise above the usual opportunism and considerations of vote bank politics, and not dictate an alliance on his conditions. Being the Prime Minister and leader of the ruling party whose credentials are suspect in the Valley, he has to go more than halfway to meet the PDP in forming the government in Kashmir. By doing so he will gain enormously, and the country will gain even more. 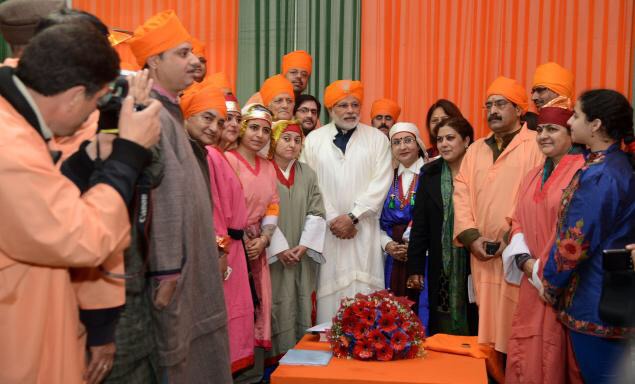 It has long been alleged ( but by no means proven) that post-2002 Gujarat was the laboratory of Hindutva. That may or may not be true, but what cannot be denied is that today Kashmir has the opportunity of becoming the laboratory of genuine secularism, of synthesizing Hindu and Muslim politics, of bridging the divide between India’s two dominant communities.

The implications of such an alliance for the rest of the country would be even more momentous. It would establish convincingly that there can be a common meeting ground between the politics of the two religions, that their relationship need not always be one of distrust and confrontation, and that the imperatives of sincere governance can bridge the divide between them as nothing else can. 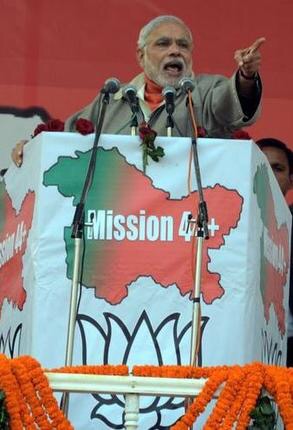 This can become a model for other states with substantial Muslim populations such as UP, Assam, West Bengal in due course of time and may even lead to the over-lapping of religion-based vote banks, if not their decimation.
Once the BJP and the PDP start working together it is inevitable that the jagged and extreme positions of both parties would be modulated and tempered to accommodate the other’s concerns and a culture of reasonableness and judiciousness( which both currently seem to be short of) would come to prevail.

The PDP would have to give up its insistence on dialogue with Pakistan, move closer to the Indian Constitution when it talks of ” autonomy “, cease its castigation of the security forces and veneration of terrorists, engage in a constructive dialogue with the Centre on AFSPA, Article 370 and the Uniform Civil Code, pay more than mere lip service for the rehabilitation of the Kashmiri pandits. There would be a corresponding paradigm shift within the ideology of the BJP because it cannot allow the Kashmir experiment to fail either.

It would have to respect, and not summarily dismiss as Pakistan inspired, the genuine feelings and reservations of the citizens of the Valley; being part of the civilian power apparatus with the accountability that comes with it, it could no longer treat the Valley as a defacto occupied territory with the military calling the shots; it too would have to engage in a dialogue with the citizens on AFSPA, UCC and Article 370 instead of ramming it down their throats with its brute majority in Parliament; it would have to be more mindful of Kashmiri sentiments while taking decisions in Delhi that effect Kashmiris.

There would be an international dimension also projected by this coalition. For one, the very ground would shift from under Pakistan’s feet- it would no longer be able to spread the canard that the Muslim residents of the state are being suppressed by a Hindu dominated central government: there could not be a more emphatic demonstration of this lie if the two communities are seen to be together in government.

Pakistan’s support base among the more disaffected elements in Kashmir would inevitably erode over time as the PDP draws more and more of the latter into the mainstream with its demonstrated-and beneficial- partnership with the party that rules in Delhi. The global community and its governments cannot fail to note this change, this paradigm shift in relations between the state and the Centre, and whatever covert support Pakistan enjoys for its Kashmir policy would also be considerably dessicated, and we would be that much closer to a permanent solution to this vexed legacy.

The most significant impact of this changed chemistry in Kashmir would, however, be on the politics in the rest of India.

Having taken this bold step the BJP cannot allow this initiative to fail, for then it would have lost the Muslim community for ever, and would earn the odium of proven intolerance. Having moderated some of its extreme positions and dogmas in Kashmir, the BJP cannot march to a different music in the rest of the country without losing credibility: it cannot speak with one voice to the Muslims in Kashmir and with another voice to their brethren in the other states. 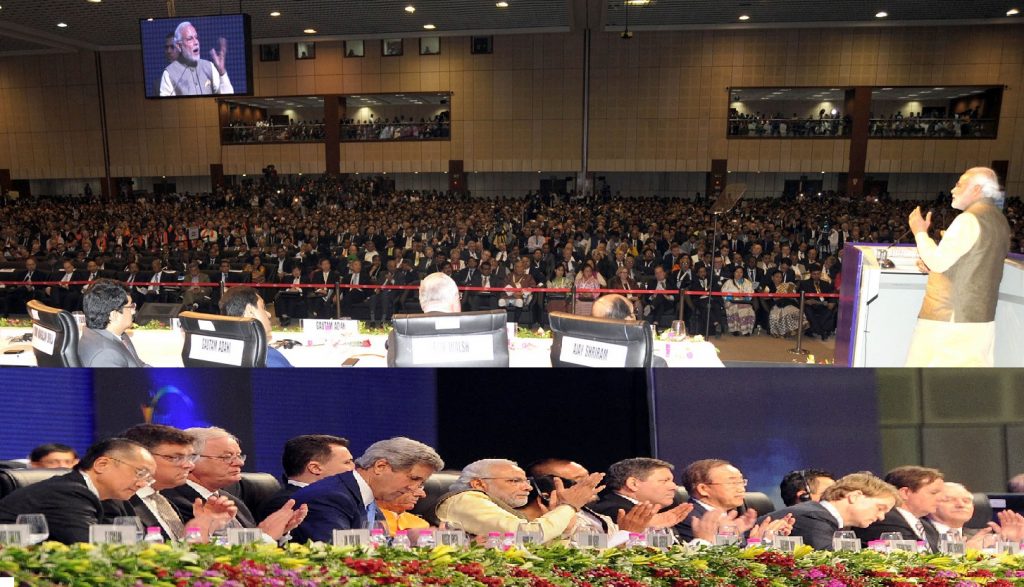 There would inevitably be a softening of the extreme ideology of the BJP and a shift away from its obsession with the minorities. The RSS would have to follow suit or risk its own marginalisation and loss of influence on the government.

This could be the opportunity Mr. Modi needs, and perhaps has been waiting for, to purge his party of the more rabid and bigoted elements within it who have made it difficult for him to govern meaningfully.

Having rid himself of such dinosaurs he could then forge more conducive working relationships with other states and parties, regain the trust of Parliament and apply himself to the job for which he was overwhelmingly voted to power seven months ago.

Kashmir in 2015 can become a watershed in the politics of India and in the relationship between its majority and minority communities. But for this to happen Mr. Modi has to show that he is a statesman and not just a politician.