'Mardani',the much talked about Bollywood release, left me terribly disturbed. After watching the film, last night, the first question that popped into head was, why the hell was it made tax free in some states?
nan

‘Mardani’, the much talked about latest Bollywood release, left me terribly disturbed. After watching the film, last night, the first question that popped into head was, why the hell was it made tax free in some states?

Provoked, I had to share my opinion with all.

We have Rani Mukherjee Chopra, with a lot of weight in khaki trousers, plain shirts and a plain Jane plait, pretending to be the savior of women and young girls, on the streets of Mumbai and Delhi. Human trafficking and child abuse is such a sensitive issue. Sadly, it has become a topic to make brownie points in this country.

Can anyone even put themselves in a parent’s shoes and imagine the trauma they go through when their child is lost or picked up by a gang? To not to be able to see you child again, is the biggest ordeal a human being can go though in this mortal world. 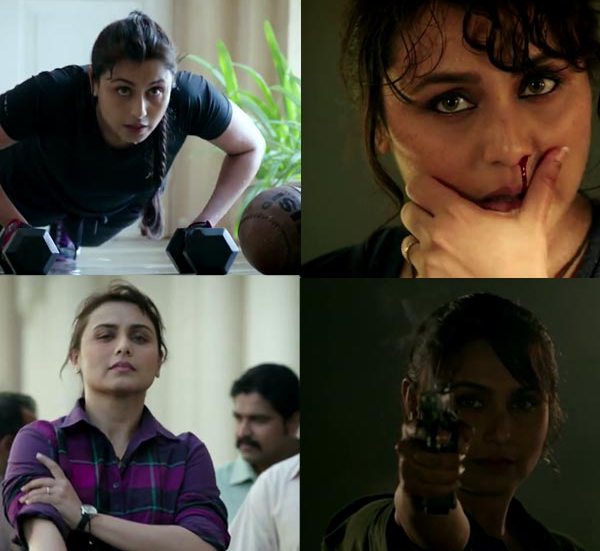 She fights with men double her size, beats them up alone and even manages to trace the gang down to their roots, without a scratch. Oh please whom are we fooling here. Is it really that easy? If it was why didn’t anybody think of it earlier? Why did we need a mediocre movie to tell us that cops are our saviors?

The scenes of young twelve year olds being stripped and forced to get ready for flesh trade are so disturbing. We don’t want to see any twelve year old being subjected to such inhuman torture, even if it is only on celluloid. Yes its reality and we need to face it. But rubbing it in won’t make it go away.

We would have accepted the disturbing scenes if the solution was buyable. But a female cop running on the streets of Mumbai and cracking all the codes, while the gangsters wait for her to come and thrash them, is jargon of the highest order.

She is seen abusing and talking abusive language at the drop of the hat, do all cops really speak like that ? Is that a part of the decorum of a cop ? And the most ironical part was the fact that she was taking on a most organized crime group, about whom the police had no clue till her supposed daughter is picked up.

And while they threaten her on the phone and know where she lives, but still let her roam around free on the streets. If you like sick humor, she actually tortures the main villain played by Jisshu Gupta, by feeding him 1 kg jalebis laced with some medicine.

In the climax she displays her supposedly new talent of Krav Maga, an Israeli self-defence martial art, in the gangsters safe room itself. And it went over board when the central minster actually attempts to rape her, an Inspector of the Crime Branch, as that’s what he enjoys most. Pradeep Sarkar, hasn’t had a hit in a long time, so he decided to throw us a dish that had no recipe, excesses on unbelievable facts and Rani Mukherjee as the essential tadka.

Finally, we have just one thing to say watch it only if you were waiting for a Rani Mukherjee performance for a long time, or if you are tired of the regular villains and want to see a fresh face like Tahir Raj Bhasin. The theme song needs a special mention, very well written and sung with the right punch. Otherwise give it a miss, as it only shows a murky, hypocritical side of our society that continues to flourish under the protection of authorities.