Shimla: In six months, where overall incidence of crime has registered an increase over a corresponding period from last year, rising numbers of women murdered, rape, dowry deaths, cruelty and immoral trafficking recorded have shown that crime against women is on the rise.

Presenting the half yearly crime statistics in the hill state, Himachal Pradesh Director General of Police Sanjay Kumar before media here today stated, “Increase in some heads was due to awareness and rise in literacy of women, just as opening of women cells, headed by lady officers in all districts, establishing of anti-human trafficking units and stationing of 7 to 10 women police personnel at each police station had ensured confidence among them about reporting crime.” 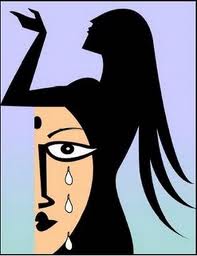 Where against a total of 7590 cases registered by June, 2013, the number has gone up to 8118 for the same period in 2014 of which overall crime against women cases was 725, which was marginally lower than 729 recorded last year.

However, heinous crimes like murder, there were 18 registered against 14 registered last year and two dowry deaths and one culpable homicide cases were recorded against none last year. In all there have been 55 murder cases registered by end of June in the current year.

Incidence of rape had shown an increase to 129 against 111 reported last year, cruelty against women cases have gone up from 147 to 170 and 4 cases under immoral traffic prevention act have been registered against 2 last year.

Molestation cases in the state of Himachal Pradesh had come down from 234 to 208, abetment to suicide cases had dropped from 36 to 32 and eve teasing cases had declined from 57 to 34 cases registered.

About the increase in rape cases the state police chief disclosed that 63 of the victims were minors and in 95.4% cases the accused was known to the victim.

The DGP said, the Himachal Pradesh Government was in the process of recruiting one more Mahila Indian Reserve Battalion that would enable the police force to provide better response to crime victims in the coming times.

About the overall increased in crime recorded, the DGP said, because of more effective policing, a marked increase in detection of ND&PS cases and excise cases had been registered.

“There were 101 more cases under ND&PS Act and 346 cases under excise act registered than last year.  This increase in registration is a positive indication showing marked improved in detection and tackling of anti-social elements, said Sanjay Kumar.”

Have provided a SMS based facility for registering complaints, the top police officer disclosed that till June 30. 1470 complaints were lodged via SMS, out of which 36 were registered as first information report (FIR) cases.

Having launched a special drive to search missing persons, the police had been able to trace 320 persons out of the 588 reported missing till June 30.