Shimla: At a time when the rupee vis a vis the US dollar, prices of one Kg of onions and one liter of petrol are out competing to be the first to breach the Rs 100 barrier and the economy is in shambles, legislators cutting across party lines in Himachal Pradesh, hit hard by the devaluation of the Indian currency, have come together to support government sponsored bills for a hefty pay hike for the chief minister, speaker, ministers, legislators et al.

It was a subdued opposition this time around, who have signed on the dotted line, ensuring support for the proposed pay hike, something that an irritated Virbhadra Singh, the chief minister, had withdrawn last April, after the BJP resorted to frequent walkout in the budget session.

The pay hike proposal comes in the backdrop of a recent presentation before the 14th Finance Commission, where the chief minister had sought additional financial grants after he had pointed out the states runaway expenditures, especially on employee salaries, pensions and increasing interest payouts on the mounting debt ridden economy.

To contain the expenditures on pension payout, the government only recently had amended the rules to reduce the pension burden on future generations. 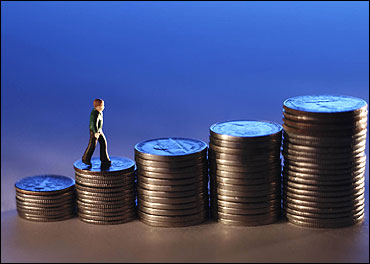 The bills were today tabled by chief minister Virbhadra Singh that is to be taken up for discussion tomorrow and in all likelihood would be passed without a dissenting voice.

Caught unaware on 9th April, 2013 as the opposition staged a walkout over an amendment to another bill, the chief minister had made an impromptu announcement in the house about withdrawing the bills proposing a pay hike for ministers, legislators’ et al. taking the wind out of the slogan shouting opposition members.

Later talking to reporters, senior ministers confided about the foolishness of the opposition, who unwittingly denied themselves financial benefits and allowances that had otherwise been agreed to by all in a general consensus.

“With the opposition having walked out, we were in a sticky position and could not be seen to be the sole party demanding a pay hike for ourselves,” a senior minister had then stated before journalists.

In 50 years of HP Vidhan Sabha, it was the first time that a bill for increasing pay and allowances of ministers’ legislators and former legislators had been withdrawn.

History will not be repeated tomorrow.

Telephone allowances are to increase for ministers from Rs 10,000 to Rs 20,000 besides making a provision  for a a sumptuary allowance of Rs 30,000 per minister per month.

The house did not forget to propose an increase for former MLAs whose pensions will go up from Rs 18,000 to Rs 22,000 per month.

Ensuring not to annoy the chief minister this time around, a delegation of opposition MLAs had met him and requested for tabling of the bill.

The average 60 percent hike in pay proposed would bill the state exchequer about Rs 6 crore annually.