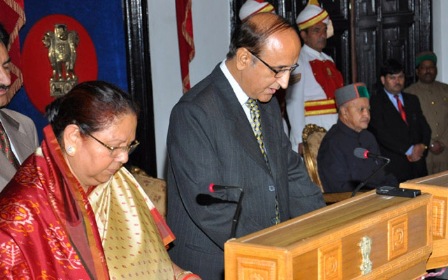 Chief minister  Virbhadra Singh, his cabinet colleagues and senior officials were present at the swearing in ceremony.

Other than covering terrorism in Punjab, including Operation Blue Star, Tomar has done stints at Shimla and Kathmandu before moving to Jaipur. Before being appointed chairman HPPSC, the veteran journalist was Editor, Hindustan Times (Rajasthan Edition).