Better weather conditions forecast for the commanding heights for a Mount Everest climb for May 10 – 16 week, the Lawrence School Sanawar Everest ascent team is in the final stages of acclimatization before making an assault at the world’s highest peak. 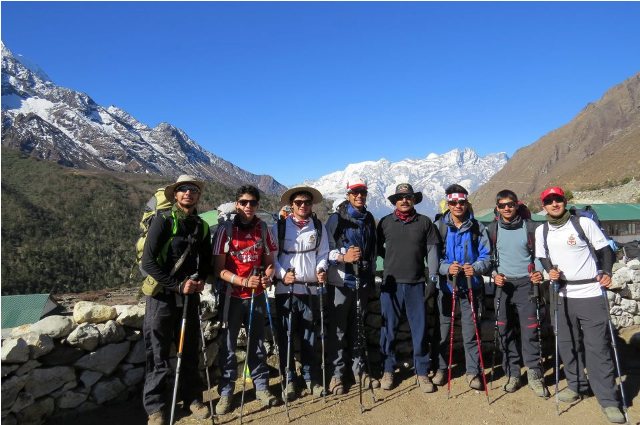 Yesterday the team of Sanawar Everest team consisting of students aged between 16 to 17 years that include Hakikat Singh, Guribadat Singh, Prithvi Singh, Ajay Sohal, Shubham, Fateh Singh and Raghav Joneja got to an height of 6700 meters and acclimatized as per the latest update on a Facebook Page.

Col Neeraj Rana the team trainer and leader said that he was satisfied with the response of the team and they had had not problems thus far.

“The team will rest and recuperated till the final attempt for the summit,” said Rana.

It is only from camp 3 (7100 meters) onwards that final instructions, training for oxygen use and other safety drills come into practice. For communication with the outside world the team leader is equipped with a satellite phone.

Earlier the team had successfully scaled the technical leg of the climb on April 29, to reach Camp I and on April 30 were at Camp II before beginning the acclimatization drills.

The Khombu icefall in the technical leg of the expedition is the one of the most challenging part of the climb to the top of the peak.