South Korea is a beautiful country with a small population of hardworking and tremendously honest people. The country turns a visitor into its admirer as he learns more about the great nation and  all the remaining inhibitions run away once soju (the famous traditional alcoholic drink) meat, tofu (coagulated bean curd) and kimchi (vegetable pickle) are dished out on the lunch table. 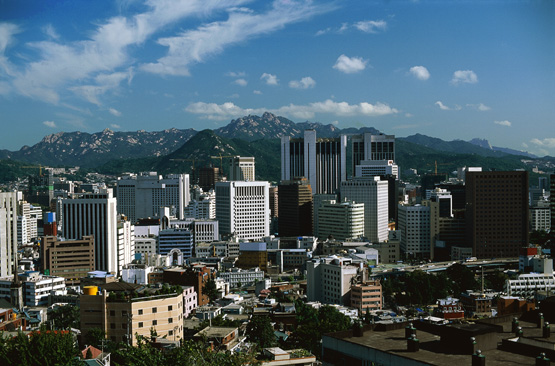 Following the Korean war, South Korea was one of the poorest countries in the world for a substantial amount of time with a GDP per capita as low as some of the Latin-American and sub-Saharan African countries. For many, the country was a perfect hopeless case when the world witnessed its economic revival. South Koreans refer it as the “Miracle of the Han river”.

Today South Korea ranks 15th in the world by nominal GDP and 12th by PPP (purchasing power parity).It is one of the major G-20 economies.

Being one of the high income countries with a booming economy it is one of the four members of famed “Asian Tiger Group” including Hong Kong, Singapore and Taiwan.

Bereft of any natural resources, low savings rate and teeming with numerous internal weaknesses, the country managed to develop a niche for itself on the world stage. For all the developing economies of today, South Korean model of economic growth is the best available example to follow.

The “ppalli-ppalli” or quick-quick culture; many believe is the main driving force behind the rapid industrialization and super speed information technology development. On an average they put in 2,200 hours of work a year, one of the highest in the world. Their response to any global financial slump is to work harder and the quality of labor is unmatched by any standards.

It has an internet speed in the range of 16 to 18 mbps, the fastest in the world. Seoul, the national capital is called the “bandwidth capital of the world”. Over 90% households use internet, around 30%have broadband, making it the worlds highest and over 80% households have mobiles phones.

It is not uncommon to see elderly and young alike crowding the local “PC Bang” (internet cafe) in huge numbers. Many could be seen playing the latest games on their electronic gadgets while walking on the busy streets of Seoul or Busan or travelling in a subway train. Naver (the fifth most used search engine in the world) accounts for 70% of all search queries here. 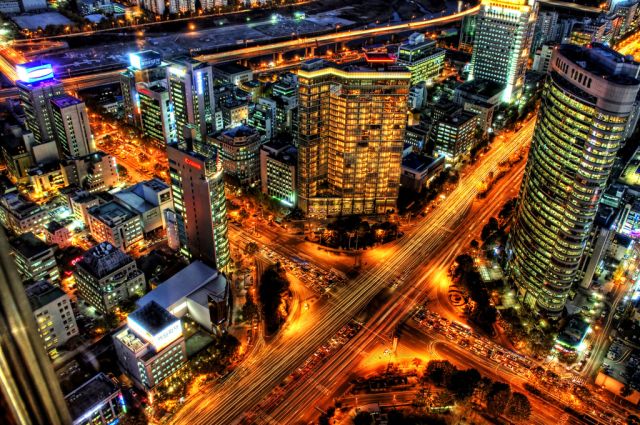 It is a story of economic permanence combined with democratic growth. South Korea supported US during the cold war when the northern Korean Peninsula was openly sided with the communist forces.

Park Chung-hee, a military dictator is the creator of this fairy tale. He impressed upon the self sustained development model and focus on labor intensive export based industrialization in the 1960’s.

The constant inflow of foreign capital mainly in form of US aid complemented the scarcity in domestic savings.

Park took a new and very practical approach to corruption; extremely prevalent in South Korea that time. He overlooked the general logic to break down on corrupt business men and instead confiscated their bank shares and forced them to invest in import substitution industries like fertilizers, further fuelling growth.

The formation of chaebols (conglomerates) completely changed the future for this great country. The chaebols like Hyundai, Samsung, Kia, Posco and LG still continue to fuel the South Korean economy. Hyundai has outcompeted Toyota in the market for reliable, efficient, cheap cars. Korea’s shipyards have beaten everyone in economies of scale. Samsung has made Apple to bite dust in sheer volumes of sales worldwide.

South Korea is among the countries which believe compulsory national service or mandatory army service adds input to the national growth. The present conscription law is only applied to males aged between 18 and 35 and the duration is between 21 to 24 months.

South Koreans value education a lot. Along with US and Singapore, Korean schools regularly top international comparisons of educational standards. Korea spends a large share of GDP on tertiary education than any developed country excluding America. A South Korean student spends considerable time after regular school hours in specialized schools for math, music, sports and other subjects and reaches home by 10p.m, in a way more busy than the usual office goers in any country.

The South Korean development model has defied the myth that knowledge of English language is a mandatory rule for success in the present world.Hangul is the official language and guides the world famous business houses to the glory of success though affinity towards English is increasing lately.

Though the country is in a constant disagreement with its northern neighbor at present but the famous Asian tiger is good at countering such situations.

No doubt, why the whole world is dancing to the “Gangnam tune” now days. Hope it keeps guiding the other developing economies on the path of growth, till then ??????- annyong hee kye seyo (good bye) to the readers.

*With inputs from Sangjun Park, a PhD scholar at Gwangju Institute of Science and Technology (GIST), South Korea