Beijing: National broadcaster China Central Television (CCTV) has released a documentary that it said “discloses the truth” about self-immolations in areas inhabited by Tibetans. 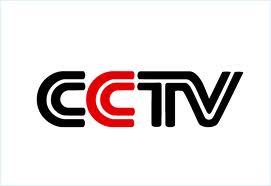 It said the documentary “discloses the truth” about self-immolations that have occurred in Aba, a Tibetan and Qiang prefecture in southwest Sichuan province.

The documentary contains interviews with the “masterminds” and “victims” of the self-immolations, Xinhua said.

It said monks in Aba were “acting on orders sent from overseas” to convince people to self-immolate. They also sent information about the self-immolations abroad, as they claimed the acts were a form of “protest” against Chinese rule in Tibetan areas.

The documentary also says followers of the Dalai Lama masterminded the self-immolations “in order to split China”.

Earlier in December, the People’s Daily said the Dalai Lama and his supporters were doomed to fail in their attempt to attain Tibetan independence by stoking self-immolations.

Since fleeing China in 1959, the Dalai Lama and his followers “have masterminded a series of seriously violent incidents”, it said.

“All of them are aimed at ‘Tibet independence’,” the article noted.

According to the Tibetan government-in-exile in Dharamsala in India’s Himachal Pradesh, a total of 92 self-immolation cases have taken place since 2009. Over 20 cases took place in November this year.