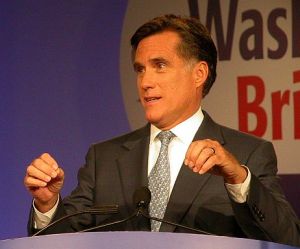 Like Jindal, Christie who had endorsed Romney early in the primary process, did not buy the candidate’s argument that President Barack Obama won last week’s election by offering “gifts” to minority voters.

Suggesting that Romney was still smarting from a negative campaign that ended in an Election Day defeat, he said on MSNBC Friday: “He’s a good man. He will find his level. And I think it’s still a little raw.”

“Do I wish he hadn’t said those things? Of course not. But on the other hand, I’m not going to bury the guy for it.”

“I understand he’s very upset about having lost the election and very disappointed,” Christie said. “I’ve never run for president – I’ve lost elections but never for the presidency – and I’m sure it stings terribly.”

Romney’s interest in parsing various electoral blocs was the wrong focus, Christie said, noting the former Republican nominee couldn’t “expect to be the leader of all the people and be divisive”.

The type of post-election analysis Romney was offering made little sense to the New Jersey governor, who said it was time to focus back on governing, rather than making excuses for last Tuesday’s electoral thrashing.

“I always hate this kind of scapegoating after elections. When you lose, you lost,” said Christie, who came under fire from some Republicans after the election for appearing with Obama during storm relief efforts following Hurricane Sandy.

Carlos Gutierrez, Romney campaign adviser in charge of Hispanic outreach was also “shocked” by Romney’s comments about the Obama victory.

“We are the party of prosperity, of growth, of tolerance,” Gutierrez said. “I mean, these immigrants who come across and what they do wrong is they risk their lives, they come here and they work because they want to be part of the American dream.”

Noting the Republicans’ growing disenchantment with Romney, the Washington Post suggested that “ten days after failing to sail into the White House, Mitt Romney is already being tossed overboard by his party”.

“The Republican candidate who attracted $1 billion in funding and 59 million votes in his bid to unseat President Obama – has rapidly become persona non grata to a shellshocked Republican Party, which appears eager to map out its future without its 2012 nominee,” it said.