Shimla: A total of 460 candidates have been left in the fray for the 68 assembly seats in Himachal Pradesh where polling is to take place Nov 4, an official here stated. 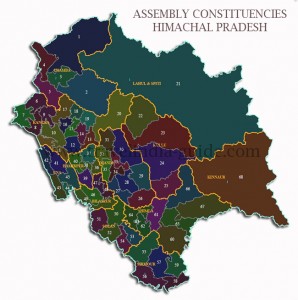 On the last day of withdrawal of nominations, 50 candidates withdrew from the race, the election official said.

However, rebels in both state’s main political parties – the ruling Bharatiya Janata Party (BJP) and the Congress – are still in fray in more than 15 constituencies.

The Nationalist Congress Party (NCP) and the Trinamool Congress, a first-time entrant in the hill state, have also fielded candidates on 12 and 28 seats respectively.

As many as 45.9 lakh voters will cast their ballots Nov 4 at 7,253 polling stations across the state.