Dehradun : The Indian Military Academy (IMA), the country’s premier training institute which imparts training to officers of the Indian Army will turn 80 tomorrow. It was on Oct 1, 1932 that the first batch of trainees came to the Institute.

Of the first batch of 40, there were 15 direct entries, 15 from Kitchener College and 10 seats were kept reserved for the families of the erstwhile royal states then in the country. 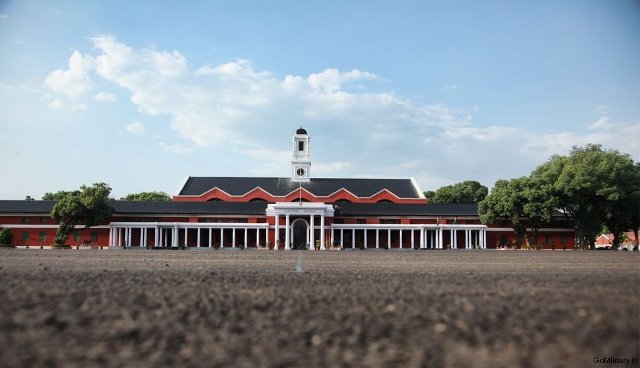 It has been a long and chequered history of the Institute which came into a building where the Railway Staff College was housed.

Incidentally in the days of the raj, it was felt during World War One (1914-19) that Indians did not have the right of becoming officers in the Army and they were just kept amongst the ranks.

The matter was first taken up the well known freedom fighter Gopal Krishna Gokhale, who said it was a discrimination against the Indians in general and the Indian youth in particular and it only in 1917 Chelmsford Reform Plans that it was decided that Indians will be given a role in the administration of the Indian Army.

It was in 119 that 30 Indian army personnel were given temporary commissions and made officers, which included the well-known name of Gen K M Cariappa, who later rose on to become the first Field Marshal of the Indian Army.

As pressure kept mounting for representation of Indian in the Army, the British opened the Prince of Wales Royal Military College in Dehra Dun.

But this did not go well with then intelligentsia and political leaders of that time. It was in 1925 that the Skeen Committee decided to open a training college in India itself for the training of Indian officers. Incidentally, both Pt Jawahar Lal Nehru and Jinnah were members of the Committee.

It was in 1931 that a committee of 18 specialists under Field Marshal Philip Chetwode that decided on setting up a Military Academy at Dehra Dun.

The Academy was established in January 1932 at the premises of what was then the Railway Staff College and the first batch of cadets came for training in October that very year, which started the new chapter of Indian officers in the Army in a big way.

Field marshal SHFJ Maneckshaw, popularly known as Sam Bahadur was in this batch.

After independence in 1947, Brig Thakur Mahadev Singh was the first Indian commandant of the Academy. In 1950, its name was changed to National Defence Academy.

In Dec 1954 a new Joint Services Training Academy was opened at Khadakvasla (Pune), which later became the National Defence Academy.

In 1960 the name was changed to Indian Military Academy. In 1980, the commandants rank was raised to Lt General.