Shimla: With a Christian outfit having challenged the constitutional validity of HP Freedom of Religion Act, 2006 in the High Court here, former union minister and Janta Party president Subramanian Swamy after impleading before the court yesterday has been permitted to assist the court in the case.

As the petition involves constitutional provisions, the division bench comprising of Justice Deepak Gupta and Justice VK Ahuja after considering the application of Swamy moved through his lawyer Ajay Paul Jagga partially allowed his plea but not make him a party to the case. The next hearing of the case has been listed for June 12. 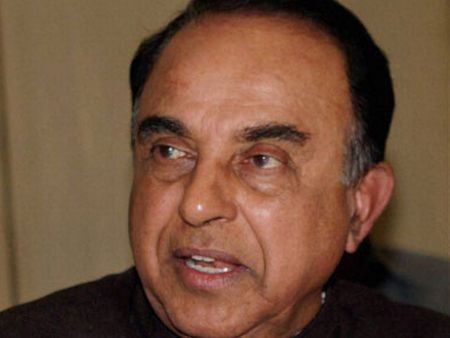 Having been termed as an anti-conversion law, the court last year had admitted a petition by the Evangelical Fellowship of India (EFI) arguing that the HP Freedom of Religion Act of 2006 violated the fundamental right of freedom of conscience and freedom to profess, practice and propagate religion under Article 25 of the Indian constitution.

The petitioners have pointed out before the court that under the HP Act, any person wishing to convert to another religion needs to give a prior notice of at least 30 days to district authorities.

Section 3 of the Act prohibits conversion “by the use of force or by inducement or by any other fraudulent means” and states that a person who is converted by unfair means shall not be considered converted.

Further, any offence under Section 3 is punishable with imprisonment up to two years and / or a fine up to 25,000 rupees.

In case of conversion of a minor, woman, Dalit or tribal, the imprisonment could extend to three years and the fine go up to 50,000 rupees.

The contentious anti-conversion law was enacted by a Congress government in the year 2006.