If we examine the emerging new women in the celebrity women writers in modern times, we are often confronted with women who are financially independent and they break traditions in sexual relations.

They oppose the institution of marriage in one way or the other. They are sexually liberated and feel no qualms of conscience in establishing extra marital relations.

In other words they deny the traditional approach towards marriage. The woman character often rejects the moral values associated with sex.

It may be due to the reason that since times immemorial women have been exploited to satisfy the sexual desire of men.

Man made the life of woman a living hell and called her a gateway to hell, but this position has changed now?

When we examine the question in the light of prevalent social conditions, we find that woman has been mesmerized into believing that sexual liberation is what is desired to break the shackles of slavery.

he Live-in relationship and other forms of sexual exploitation of women have been discovered. Man gets his fill of sexual relations; he exploits the woman in the garb of modernity and what a woman gets in return?

She is sexually exploited, financially robbed; she looks after the whole family, shoulders all the responsibilities under the garb of modernity and even denied social, financial and emotional security of married relation.

The thin border line between freedom and exploitation is being cleverly concealed to exploit woman by clever men and they in the name of freedom seduce women to get advantage of their desire to liberate themselves and make them even emotionally insecure.

Now they don’t have to take responsibilities of feeding them or rearing the children. They get everything and pay nothing because the women themselves are earning.

This liberation is not to the advantage of women but rather it is to their disadvantage.

If one looks back at the history of English Novel in India, it may be a story of ‘Metamorphosing India’. It relates the story of changing nature of India, the journey of medieval India towards modernity.

With the entry of Raja Rao, R.K. Narayan and Mulk Raj Anand, the english novel in India was firmly established and it opened the floodgates for many other novelists.

Women writers came into prominence in England during Victorian Era. In ancient times females were denied the right to education.

When women became educated, they started asserting their own point of view and female writing emerged as the social movement against their political, economic and socio-cultural discrimination.

It soon turned into an organized movement. There is no doubt that woman of modern era is educated, confident and has shown her skills in every field.

She is doing even better than men in many fields but even now according to an article in “The Times of India”(01,March,2008): “women carry out 2/3rd of work , yet they earn only 1/10th of income and own less than one percent of world’s property. They are among the poorest of the world’s poor”.

Every one knows the fate of Bill for 33% reservation for women in State Assemblies and House of Commons, in the era of democracy where power comes form the ballot and in the present scenario, political will is needed for implementation of any reform.

No doubt, Indian Constitution has granted equal rights for men and women. It is, however, totally different matter whether women get equal rights in reality or not.

Newspapers regularly reports about “KHAP” Panchyats in Haryana openly resorting to honor killings when women assert their right to marry grooms of their choice.

They have to pay for this ‘crime’ not only with their lives but are brutally raped by relatives and others before being killed. 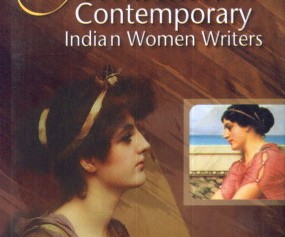 Writers like Taru Dutt, Cornelia Sorabji, Anita Desai and Kamla Das show concern with mental and physical torture of women in patriarchal society and bring out the psychological and emotional imbalances the face.

Sorabji’s collection of stories “Love and life Behind Purdah (1901) depicted the sexually and socially tortured women who do not have the courage to protest against this torture.

In Anita Desai’s novels woman can at least wish for the death of her husband who is responsible for her turmoil. The heroine in “Voices in the City” wants something greater than mere pleasures or the security of marriage, something rarer more responsible’.

But in their search for something rarer and responsible they are reduced to establishing sexual relations with men who exploit them physically, mentally and financially in the name of love.

Their love turns out to be lust and exploitation as is the case of heroine of Manju Kapoor’s novel ‘Virmati’ who had asserted her independence by marrying an already married man after he seduced her, takes advantage and then denies her a respectable position in society.

The relationship reduces her to a mental wreck. Soon she realizes that not only is she a misfit in her parents’ house but in her in-law’s house as well.

It raises issues about a woman identity, who has to leave every emotional bond, every relation in order to assert herself. Is the liberation worth it!

Male wants an ideal woman partner who loses her identity in his identity. But he is not prepared to lose his own identity in her to create a new composite identity for both of them which is symbolized in the concept of Ardh-Narishwara.

It appears that is the ancient totem for the Dravidain Culture, matriarchal in nature.

Feminism is nothing new in Indian cultural history. Actually with the advent of Aryan and Foreign invaders, the ancient matriarchal influence has been pushed to the realm of unconscious stream of continuous cultural heritage which sometimes asserts itself in the worship of female deities and sometimes in the concept of Ardh-Narishwara.

That being denied liberation of women in female consciousness asserts itself in seeking sexual independence and thus denying male supremacy in marriage, financial independence and denying the male power associated with it or denying the parental, in-law’s and / or husband’s and lover’s supremacy and servility associated with such relationships which is bound to be met with severe criticism.

It results in exploitation of such tendencies by clever and manipulative males to gain their sexual ends.

As long as the independence or breathing space is not offered to modern Indian woman within the prevalent social ambit, it is bound to result in breaking of established social institutions with more and more women opting for the need to unfold their new found wings and space for free flight of their ideas and talents.

Few of them become successful for it is not easy to succeed without political, economic, religious and social power.

Not just the emergence of qualified rich, fashionable and social butterflies, it is in the battle of overworked, financially and physically exploited middle class woman who is bearing the brunt of social change.

Its more difficult for the economically deprived women who shoulder all responsibilities of boarding and lodging a family with a good for nothing husband who make them slog for the financial gains and exploit their earning and their bodies for the gratification of their carnal desires.

It is not for the beauty parlor going, rich, English speaking woman that liberation is required.It is not a toy to play with, or the pleasure seeking of such women outside the fold of marriage; it is the desire of common woman who require social safety of not being seduced, raped or made to establish sexual relationship without her will, where a male helping her out of a difficult situation does not demand sexual satisfaction either through touch or sexual intercourse in the name of love or emotional blackmailing.