Chandigarh: Haryana Chief Minister Bhupinder Singh Hooda today asserted that Chandigarh is part of his state and would remain its capital. 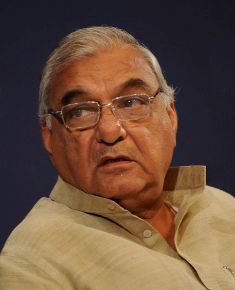 Interacting with the media in Rohtak town, he was reacting to last week’s address in the Punjab assembly by Punjab Governor Shivraj Patil in which the state (Punjab) staked its claim to Chandigarh.

Hooda said many leaders of Haryana had struggled for long for Chandigarh. “Also, the people of the state like Chandigarh as the capital of Haryana,” he said.

Chandigarh, a union territory, is the joint capital of Punjab and Haryana since Nov 1, 1966. Both states have been staking claim to the city as their capital.

The political and administrative headquarters of both states are located here.

Hooda had earlier also taken exception to the Punjab governor’s address in which the neighbouring state has staked claim on Chandigarh.

Describing it as an attempt to mislead the people, Hooda said: “Chandigarh is the capital of Punjab and Haryana and Haryana has equal claim on Chandigarh. People should not be misled on this issue.”

Chandigarh, a 114 square km city, is the only planned city in the country. It was designed by French architect Le Corbusier in 1950s and 1960s to reflect as resurgent, independent India. The city has a population of over one million.