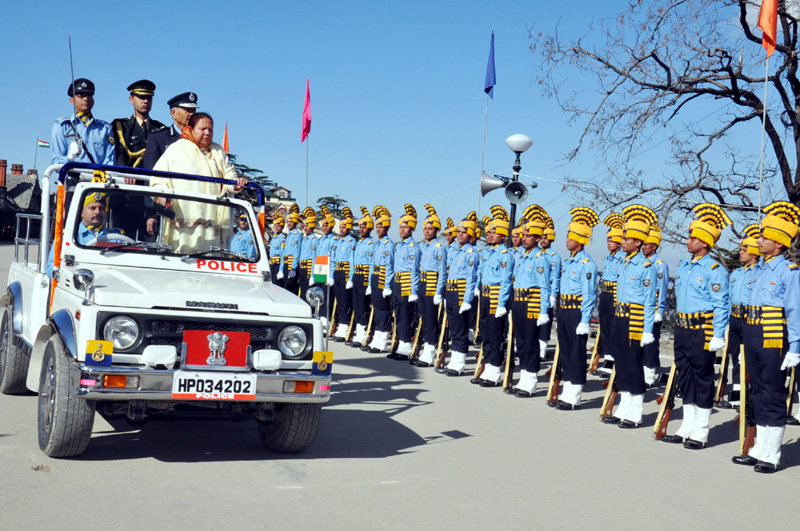 Shimla : On a bright but chilly day Himachal Pradesh celebrated Republic Day in all twelve districts of the hill state Thursday .

The governor took salute at an impressive parade by contingents of police, ITBP, home guards, army, NCC and others .

Chief Minister P.K.Dhumal his cabinet colleagues and top officials were present at the function .

In freezing Keylong, Deputy Commissioner Rajiv Shankar presided over the official function. Locals turned up in heavy woollens for the show .