Shimla: Hydropower dams in Himalayas, marketed as clean energy that will earn developers cash credits under carbon-offsetting Clean Development Mechanism (CDM) scheme, appear to fall well short of their goals in Himachal Pradesh where global climate change mitigation goals conflicts with local sustainable development, as a study by German researchers has found out. 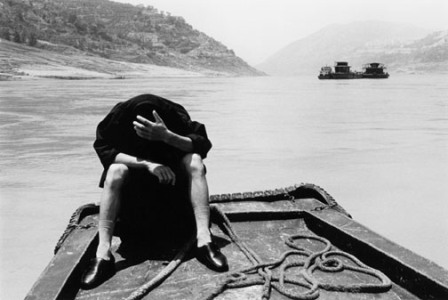 Recently published in the November 2011 issue of international journal, ‘Mountain Research and Development‘, the paper ‘Offsetting Greenhouse Gas Emission in the Himalaya? Clean Development Dams in Himachal Pradesh, India‘, sets out to assess the effectiveness of large clean development dams in the Himalayas.

Researchers Alexander Erlewein and Marcus Nusser from University of Heidelberg, German analyzed the historical data of 11 projects as stated in their CDN applications and also undertook two case studies of 192 MW Allian Duhangan in Beas valley and the 1000 MW Karcham Wangtoo project in Satluj valley for evaluating sustainable development.

Speaking to Hill Post, Alexander Erlewein said, “our analysis of large clean development dams in Himachal Pradesh has shown that the promotion of hydropower through carbon offsetting scheme CDM is a highly ambivalent strategy.”

The paper points out that the need to reduce greenhouse gas emissions and growing energy demands are leading to increased interest in the potential of mountain areas to generate renewable energy.

“After decades of decline, there has been a rise in recent years in the construction of new dams and climate change is now a greater driver of hydropower expansion” the researchers say.

Besides reduction of greenhouse gases, sustainable development being a CDM goal, but in the absence of regulations for its assessment, the study used a selection of the strategic priorities of the World Commission of Dams as a base.

Barring one private project (36 MW Chanju) timelines of other ten projects studied showed that construction of all dams had begun without CDM registration. In fact the Karcham Wangtoo project even became operational while its CDM approval was still pending and representatives of Allian Duhangan and Karcham Wangtoo projects confirmed that both dams would have been build even without CDM support, for the scheme only became operational in 2004 whereas most of the hydropower studied were planned much earlier.

Regarding sustainable development, an CDM objective, the study also found that no one in the affected villages, panchayats or local NGO’s of the two project studied interviewed were aware that these dams were planned as CDM projects.

Both projects were found to have felled significantly more trees than they admitted, the study mentions.
Re-routing of Duhangan stream conflicted with water demand for irrigation schemes in the downstream village of Jagatsukh in Kullu valley.

Around Karcham Wangtoo, more than 100 natural springs that used to sustain local water supply had dried up since construction began. While locals attributed it directly to blasting done for tunnel construction, the developers hold it to natural causes.

The Kinnaur community opposed Karcham Wangtoo project over environmental concerns as well as violations of tribal laws which the paper records on basis of interviews conducted and also noted that the developers did not obtain obligatory no objection certificate for land acquisition.

Located in a deeply incised valley with no plain area where muck could be piled up solidly, debris was dumped next to or sometimes directly into the river.

The environment impact assessment (EIA) of Karcham Wangtoo project had shown that only 6 families needed to be completely displaced and private land from only 77 persons was required but based on interviews the study estimates actual numbers to significantly higher.

At Allian Duhangan against private land requirements from 140 families shown in the EIA, it was acquired from 304 families.
In contrast to WCD guidelines, which recommend compensation “in the form of land for land options”, only financial reparation was offered.

Though both projects gave a boost to local economic and infrastructure development but the study establishes that they fell short of achieving CDM goals as they would have been built without its support and are justifiably not in a position to reduce emissions.

Alexander says, “assessment of local impacts showed that both dams were controversial large scale projects that are opposed by many in the affected communities.”

The study points out that the CDM concept of supporting development of climate friendly technologies that would otherwise be unviable appears to be inappropriate vis-a-vis the dynamics of hydropower development in Himachal Pradesh.

“Additional subsidization of large scale hydropower projects through carbon credits appears to be redundant,” says the researcher, “which should be directed towards less established and often more sustainable technologies such as solar, biomass and wind power projects.”

Conflicts about the appropriate use of mountain water resources are likely to be increasingly characterized by trade-offs between local environmental protection and global climate change mitigation, the study concludes.