Even before I began reading Vinod Mehta’s memoirs ‘Lucknow Boy’ I was certain the book will be highly readable , and so it was , to use the cliche , simply unputdownable !

Having produced some of the most reader friendly publications in the history of Indian journalism , Debonair, the Sunday Observer , Indian Post , the Independent , the Pioneer and Outlook his readers expected him to pen a highly engaging and engrossing account of his life. 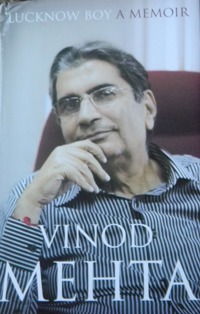 But what is surprising is the sheer honesty with which he has written the book . Also his persona is that of someone who is often self-critical and one who doesn’t take himself seriously despite his enormous talents and achievements as an editor.

He tells the world that he fathered a daughter in Europe as a 21 year old but has never met her . He tells us that he was a dud in school and college . He tells us he was often without money had a tough time wooing girls . He tells us he mostly slogged in London for seven years doing odd jobs including cutting rods.

But it was the old world of Lucknow and La Martiniere school which made him. Later his seven year stay in Britain in the 1960s prepared him for his illustrious career ahead as a flair journalist which began in 1974 as editor after a few years in advertising and book writing. 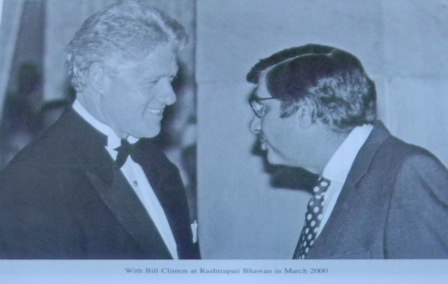 When he took up the challenge of editing Debonair nobody seemed to be ready to write for this magazine which had women nude centre folds.

The proprietor said he was free to do anything with the magazine except for the nudes which would stay .

At first nobody seemed interested in writing for this play- boy like Bombay monthly so Mehta had to write the first issue entirely himself.

But soon he had roped in the best writers in the country. Debonair produced some of the best writings of the time under Mehta , classy book and film reviews , interviews and essays. 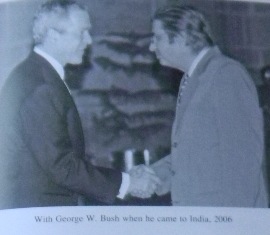 After short but impressive stints at the Sunday Observer (India’s first weekly newspaper ) the Indian Post and Independent and his quick ouster from all . He moved to Delhi in 1991 to revive the provincial and decaying Pioneer daily .

In the three or so years the Pioneer wasn’t able to threaten the circulation figures of lazy mass selling papers like the Times of India and the Hindustan Times . But it certainly shook them and reminded them how shoddy they were and what good and arty journalism was all about .

Ask any serious journalist and reader of that period and he will tell you the Pioneer under Mehta was like a breath of fresh air , until then most Indian dailies read like boring gazetteers .

I will go a step further The Pioneer under Mehta will remain perhaps India’s most readable , varied and artistic newspaper ever .

I think it did more anti-government stories than the Indian Express and the Statesman put together.

But despite all these feats once again Mehta was forced to resign due to pressure from the owner , because LM Thapar’s powerful politician friends did not like the Pioneer criticizing them repeatedly , these stories were hurting Thapar’s business interests .

The most notable thorn in his flesh was the wily Sharad Pawar. Thaper even had the nerve to tell Vinod to write a flattering piece and prop up Pawar’s name for PM .

So once again he was without a job , without a car and even without a house briefly . Mehta tells us how this phase was one of the lowest in his life and at one time he even fell into a manhole nearly killing himself as he wandered idle the streets of Delhi .

But soon India’s most talented editor was offered a new job the following year in 1995 , he was asked to edit Outlook , a weekly to be launched to take on the lone giant India Today , unchallenged for the last twenty years .

With an amazing ability to attract the best journalists in the country the very first issue came out with a bang . 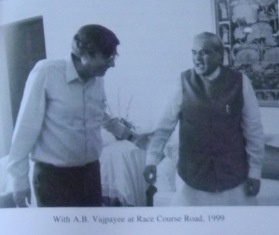 If Mehta sensed a story he would pursue it fearlessly taking on the high and the mighty in the land , the big corporate houses and powerful politicians and even the prime minister’s office .

Mehta recounts during the NDA rule how the PMO headed by the crafty Brajesh Mishra hounded Outlook and its owner because the magazine was doing anti-PMO stories and exposing the powerful trio headed by Mishra .

If Mehta sensed a good story he and his team would go to any lengths to do it , this explains why he was sacked by most of his proprietors , except Rajan Raheja with whom he has stuck on for over 15 years and to whom Mehta dedicates this book , calling him the prince of proprietors .

He recounts how the Radia tapes story was recently broken by Outlook and how iconic names in the corporate and media world were exposed . He recounts the grace shown by Vir Sanghvi under pressure but gives an entirely different picture of the overbearing Barkha Dutt. 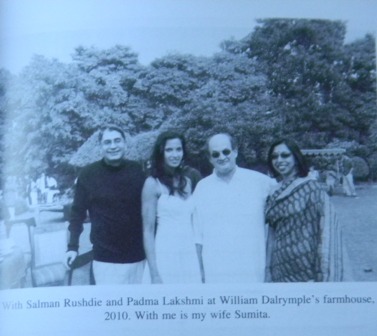 Towards the end he writes about some famous people , notably VS Naipaul , Salman Rushdie and Shobha De .

While he rightly trashes a third grade writer like Shobha De . He is far more careful with Naipaul and Rushdie , two of the greatest writers of our times , offering deep insights into the personalities of these two literary giants .

Lucknow Boy , is easily the most memorable memoir written by an Indian editor and I dare say the book will stand the test of time as it comes from the pen of a great editor produced only once in a generation !