It is surprising how successive state governments in Himachal have consistently failed to realize the value of its unique natural environment and have repeatedly formulated policies-hydel, mining,urban development-that have had extremely adverse effects on the environment and rural populations. The Apartments Act is a case in point of a short-sighted piece of legislation that serves no purpose whatsoever. 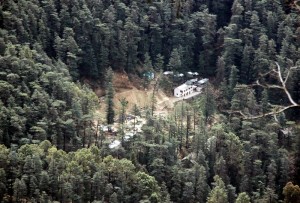 Ostensibly meant to meet the demand for housing it has gone completely out of hand and has led to diversion of thousands of bighas of agricultural land for real estate development for the rich. The government’s responsibility is to provide housing for the EWS (Economically Weaker Sections) but the Apartments Act certainly does not do this: it serves no social or genuine economic purpose, but is playing havoc with the state’s rural landscape.

It is encouraging, therefore, that a debate has now started on the utility of this Act and that both the Govt. and a Vidhan Sabha Committee are looking into it. The Act should be repealed for the following reasons:

[1] The ACT benefits only the Builders/ Developers/ Non-residents without any corresponding benefits to the state. Even a sample survey would establish that practically all the properties developed/ sold under this ACT have been acquired by non-Himachalis who are non-residents, as second/ third/holiday homes. They visit these houses only for a few days in a year, and do not contribute anything to the economy of their areas either in terms of employment or purchases of goods and services. Even the houses are constructed by outside labour! In short, they generate no economic activity for the state.

[2] Conversely, however, they degrade the rural environment by exerting unsustainable pressure on the infrastructure of their areas: Water Supply Schemes, originally meant for small villages, are overloaded to the detriment of the rural populations; electricity supply systems are similarly overloaded leading to voltage problems; in the absence of any proper garbage disposal arrangements for these houses/ flats all household waste is indiscriminately dumped by the roadside and in forest areas, creating unhygienic conditions and despoiling the aesthetic beauty of the countryside; rural roads are getting choked with traffic for which they were never intended; thousands of outside labour defecate in the forests making a mockery of the state’s – Defecation Free Panchayats’ campaign. The Govt. lacks the machinery to monitor each of these constructions/ projects, and the local Panchayats are also not equipped to enforce the relevant laws. The only solution is to stop these constructions altogether.

[3] Projects under the ACT are creating havoc with the pristine natural environment of the state. Large swathes of agricultural land/ ghasnis/orchards/ tree-covered areas are being diverted for construction of houses/flats, permanently changing the landscape and converting even hitherto green rural areas into concrete jungles. A prime example of this is the Dhalli- Naldehra stretch, the Bekhalti Road and Mashobra. We have allowed, through years of inaction, our urban areas to deteriorate into ugly slums- should the rural areas be condemned to the same fate? Since most of these areas are outside the purview of the Town and Country Planning regulations there is no possibility of regulating these constructions; even if they are brought under TCP laws past experience shows that we shall be totally ineffective in implementing these laws- the Govt. has not been able to ensure this even in Shimla: how then can there be any hope for the rural areas?

[4] The only thing which distinguishes Himachal from other states is its natural, forested environment. Everything depends on this: horticulture, tourism, climate, water availability( for hydel projects). The Govt’s primary effort should be to preserve and conserve this environment. Some damage is inevitable for the development and revenues of the state-eg. Hydel projects, mining, road construction- because their social and economic benefits outweigh the environmental costs. But constructing holiday homes for wealthy people from Gurgaon and Patiala at the cost of our rural environment certainly does not fall into this category.

The ACT does not benefit the state in any way whatsoever and should be repealed. Pure tourism projects can continue to be sanctioned by the Tourism Department under its own legislations.

If at all the ACT is to be continued it should be restricted to only urban areas, that too only to Municipal Corporations and NACs- Nagar Panchayats and SADAs should be excluded since they have neither the funds nor the manpower nor the expertise to cope with the infrastructure fall-out of such constructions.

Secondly, the ACT should be made applicable only in those urban areas where TCP regulations prevail, so that the building activity is controlled.

Thirdly, the local body concerned should impose a one-time Development Charge on such constructions for providing basic municipal services- this should be on a square-foot basis rather than on the project cost since the latter can be under-stated.

The writer is a former Additional Chief Secretary of Himachal Pradesh