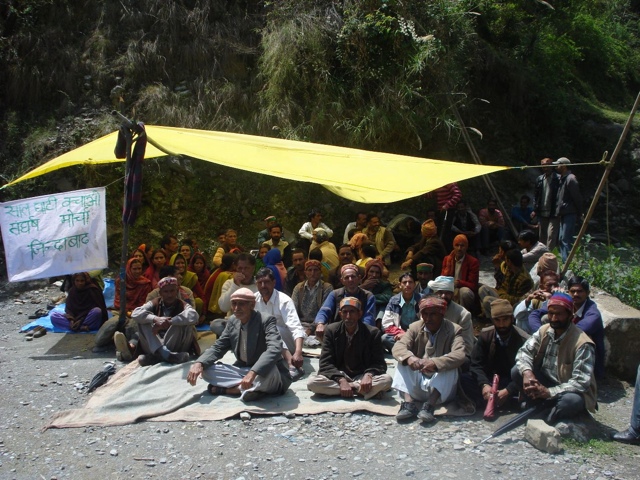 Chamba: Growing conflict over water sources has pitched villagers against a developer of a micro-hydel project in Chamba who have been protesting for over a week demanding scrapping of very project to protect their water rights.

Villagers from Jadera valley near Chamba town organized under Sal Ghait Sangharsh Morcha, have been sitting in protest for the past eight day against construction of a 4.5 MW Hul I hydropower project. 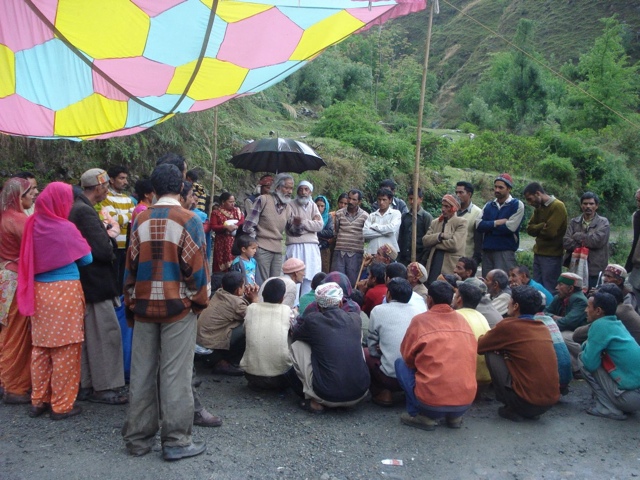 Coming in support of the protestors noted environmentalist, Kulbushan Upmanyu says, â€œthe states water policy gives priority to drinking and irrigation schemes over hydropower and industry but by passively supporting the Hul project, the government is contravening its own laid down policy.â€

â€œAll such project needs approval of the affected panchayats,â€ says Man Singh, president of Jadera panchayat. â€œThe government is hesitating to cancel the project even after the panchayats of Sillagharat, Jadera, Barour, Sungal, Kaila & Paloohin have openly opposed the project and publically recorded our protest at a public hearing in March last year,â€ he said. The government has not bothered to even make the report public till date,he alleged. 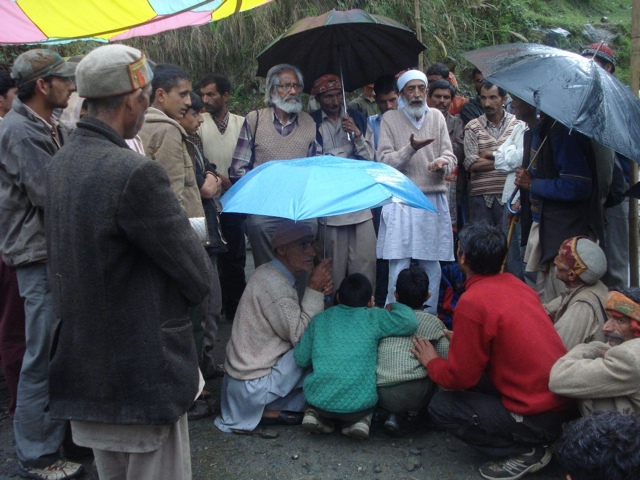 Leader of the Sangharsh Morcha, Rattan Chand says, â€œthe project would leave many drinking and irrigation schemes in the otherwise fertile Sal Ghati without water if it is allowed to be diverted for hydropower generation purposes.

With many projects allotted without taking the local people into confidence, conflicts among stakeholders are on the rise.

The Hul project was surveyed in 2002 but the residents have opposed it from the start.

In 2010, as the private power generation company attempted to start work on the stalled project, a violent clash with Sal Ghati Sangharsh Morcha followed in which some protestors were fired upon.

With the power generation site not free of encumbrances and the developer having made investments, the government is in a bind and has so far not scraped the contentious project and compensated the developer even as the protestors continue to agitate.