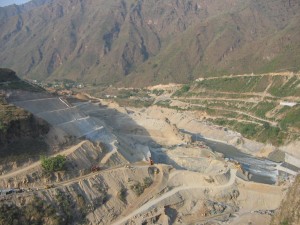 Shimla: Being red flagged for having built Kol Dam in ignorance that it would inundate some part of a wildlife sanctuary, National Thermal Power Corp (NTPC) proposal to lower the dam height and save a portion of the 124 hectares likely to be submerged is not acceptable to environmentalists, who oppose any diversion of protected forest lands for the purpose.

Spearheading the green movement in the state, Guman Singh, convener Himalaya Niti Abhiyan says, “having conserved the Majathal Wildlife Sanctuary for so many years so as to protect the habitat of Cheer Pheasant, Ghoral, barking deer and other wildlife, now allowing it to be submerged is criminal.”

Modus operandi adopted for clearing the Tehri Dam project is being played out at Kol Dam, he said. To obtain forest and environment clearances first they show that the proposed dam will have minimum environment impact but once the construction is at an advanced stage, inundating forest lands, a wildlife sanctuary becomes fait accompli to realize the projects full potential, he said.

Kol Dam happens to be the thermal generating company’s first hydropower project and to bulldoze its way through green concerns, NTPC has let the union Ministry of Forest and Environment (MOEF) know that an expenditure of Rs 2197.35 crore has already been incurred on the large project and has sought permission to divert 124 hectares of the sanctuary for the project use as it would get submerged once the reservoir filled up.

Interestingly NTPC in 2005 had let the forest department know that “no wildlife sanctuary/protected habitat/forest would be submerged by the Kol dam”.

Since the sanctuary is one of the last refuges of cheer pheasant, a critically endangered bird listed under Schedule I, the proposal needed a clearance by National Board of Wild Life (NBWL).

However, NBWL struck down the proposal on 13th Oct, 2010 and even environment minister Jairam Ramesh is said to have pointed out, “it was a rather strange argument that NTPC was caught unaware that the Kol dam would submerge part of a wildlife sanctuary.”

The ministry has also pointed out that for diverting more than 50 hectares of sanctuary land, it was mandatory to have a biodiversity impact assessment study conducted and a report prepared – something which NTPC has not got done. 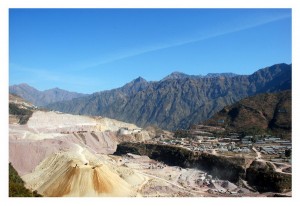 AS plans to lower the height of the planned 163 meter high dam for saving some part of the sanctuary are drawn up, Bhagat Singh Verma, a lawyer who is among those being displaced by the dam says, “two cement plants in the vicinity of the dam have already disturbed the natural habitat of the rare pheasant and allowing Kol Dam reservoir to inundate some part of the sanctuary would not be tolerated.”

Interestingly, the state principal wild life warden while recommending diversion of 124 hectares of Majathal Wildlife Sanctuary for the Kol Dam reservoir has conspicuously not mentioned that the conserved area is natural habitat of the highly endangered Cheer Pheasant.

State wild life officials are said to re-numerating the number of trees that the dam waters would kill after the level is reduced by 2 to 3 meters, so as to present a lower number and obtain environment clearance from the ministry.

Sources revealed that even NBWL is totally opposed to submergence of this crucial wildlife area. The National Board Wild Life has pointed out that the part of the Darlaghat Sanctuary, which is in the vicinity of the dam was de-notified in 2006 to permit limestone mining for a cement factory. NBWL has opined that “there is little doubt that the Kol Dam will pretty much be a death knell for one of the best refuges of the cheer pheasant sanctuary.”

Back waters of the reservoir are expected to extend about 40kms upstream from the dam axis on Satluj River and about 1486 hecatres of land across Bilaspur, Solan, Shimla and Mandi districts, including portions of the sanctuary, would be inundated.

“Impact of the Tehri dam reservoir,” says Guman, “is being felt across the region as the hills are sinking and 71 villages in the vicinity are threatened – a similar fate awaits the Kol Dam reservoir region.”