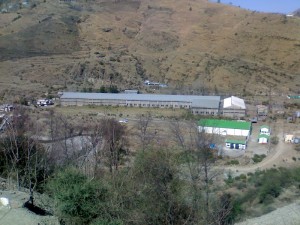 Shimla: Having borne the brunt of acute shortages of corrugated boxes for packaging farm produce in the ongoing apple harvest, farmersâ€™ body is up in arms against the closure of a government carton manufacturing factory.

The governmentâ€™s decision to close the factory this year and plans to sell it has cost the apple growers dear, he said.

In the absence of the government factory, private carton manufacturers had a field day and sold their material at 100 percent premium at places, when shortage became acute, with the government looking the other way, said Chauhan.

Denouncing the governments plans to set up a engineering college at the carton factory site, he said, it was another attempt to be-fool the fruit and vegetable growers community.

During an earlier term of the BJP government in the year 2000, a memorandum of understanding was signed with a private company for setting up a winery that was to have an 18,000 ton crushing capacity, which has proved to be an empty dream, he recalled.

Precious land has been sold out to the winery that never came up and the process in all likelihood is being repeated by putting the carton factory on the block, said Chauhan.

Asking for re-opening of the factory, so as to protect the farmers interests against the confederation has threatened to launch an agitation, should the factory be sold.

File photo of the carton factory on the block.