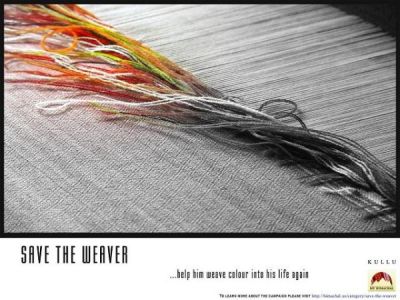 Shimla: Struggling to keep float, the Himachal Handicraft and Handloom Corporation got into online marketing of its inventory of products ranging from Kullu and Kinnauri Shawls, Kangra paintings, Chamba Rumals, caps metalware, jewelry and wood carvings by launching an e-shopping (http://himcrafts.com/) facility today.

Speaking on the occasion, Kishan Kapoor, the minister for handloom and handicrafts said, the government was making all efforts to protect the Geographical Indicator (GI) status of Kullu shawls and the corporation would only sell genuine products through its online marketing channel.

He said that to enforce the GI status of Kullu Shawls, a society had been constituted which would rope in all existing weavers society in Kullu valley to make them compliant with the norms required. â€œNo power loom product or any from out of the state would be permitted to be sold under the Kullu Shawl brand,â€ he said.

He said that the demand for Himachali handicrafts was increasing and it was to make the product available to domestic and international customers that the e-commerce channel had been launched. Online shoppers would get the products at a discount over retail outlets, he added. 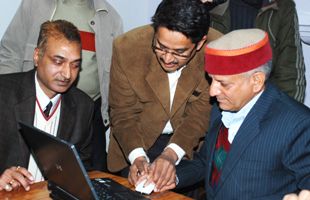 workshops and marketing of the products through a chain of emporia, exhibitions and expositions, he said.

In all, the corporation operated 15 sale outlets within the state and one each in Bangalore and Delhi. In the 30 exhibitions organized during the current fiscal, a sale of Rs 82 lakhs had been recorded, which was much higher than the Rs 45 lakhs achieved last time.

Lalit Mohan, CEO disclosed that efforts were being made to revive the corporation and it had recorded an Rs 10 crore revenue in 2008-09. The corporations has an accumulated debt burden of Rs 17 crore, he added.