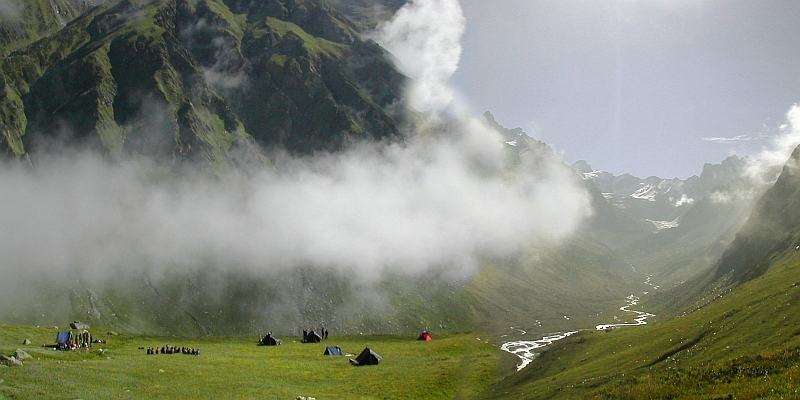 Shimla: For the wide and rare variety of wildlife and high biological diversity that Great Himalayan National Park (GHNP) in Kullu shelters, it has been short listed for being considered a World Heritage Site by UNESCO.

Justifying GHNPâ€™s inclusion in the short list for a world heritage status, UNECSO on its site states that â€œrepresentation of the flora and fauna of Gondwanaland as well as Asiatic landmasses can be observed in GHNP.â€

Ajay Srivastva, director GHNP said, â€œfor us it is a momentous moment to be counted among the possible world heritage sites.â€

Spread out over an area of 754 square kilometres, the park is naturally protected by snow covered steep ridges on the northern, eastern and southern boundaries, where the flora shows affinities with Mediterranean, Tibetan and Himalayan region.

â€œItâ€™s been a difficult journey to have even got thus far,â€ says Sanjeeva Pandey a former director of GHNP. â€œWe had first moved UNESCO for a World Heritage Status in 2005,â€ he said.
Notified for conservation in 1984, GHNP is contiguous with Rupi Bhaba Wildlife sanctuary in the south-east, Pin Valley National Park in the north-east and Kanawar Wildlife Sanctuary in the north.

All these areas form part of the Great Himalayan National Park Conservation Area. In 1999, the area was declared as National Park under Wildlife (Protection Act) 1972.

Glaciers within the park give birth to four major rivers viz. Tirthan, Sainj, Jiwa Nal, and Parvati, which drain into Beas basin.

A total of 832 plant species belonging to 427 genera and 128 families of higher plants have been recorded within the Park, which include Oak, Blue pine, Western Himalayan Silver Fir and Himalayan Cedar.

The park also falls in one of the globally important Endemic Bird Areas where a total of 183 bird species have been recorded.

Thirty-one mammal species, including two primate species, have been recorded. Species threatened with extinction, the snow leopard, Himalayan brown bear and Himalayan tahr are protected in this zone.

An array of habitats and exchange of flora and fauna through newly formed corridors occurred with the creation of the Himalayan ranges that resulted from tectonic movements and collision of two land masses over 23 million years ago. The GHNP harbours the most important gene pool of Western Himalayan flora and fauna.