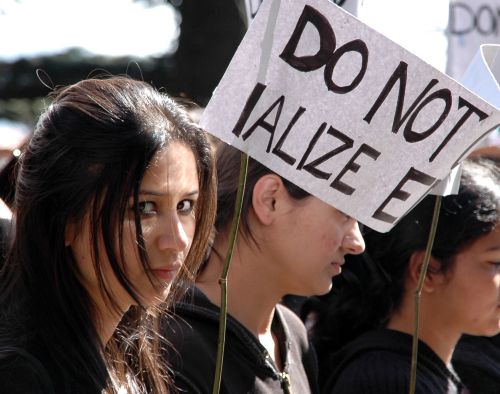 Shimla: Over 2,000 students of various colleges and Himachal Pradesh University alongwith their parents held a protest demonstration demanding the government to restore full grants to the stateâ€™s four private colleges including the countryâ€™s oldest all-woman college, St. Bede’s College, Shimla, as they were threatened with closure because of financial distress. The DAV colleges at Kangra and Kotkhai and Maharaja Lakshmi Sen Memorial College at Sundernagar are the other colleges to which government was giving 95 percent grant-in-aid. Now it is being distributed among 20 colleges.

Shika Chauhan, HPU SCA president after meeting chief minister Prof. Prem Kumar Dhumal told media persons, “the chief minister assured a delegation of protesters that the matter of grants to private colleges would be reconsidered.” He passed directions to the effect before us, said Chauhan. 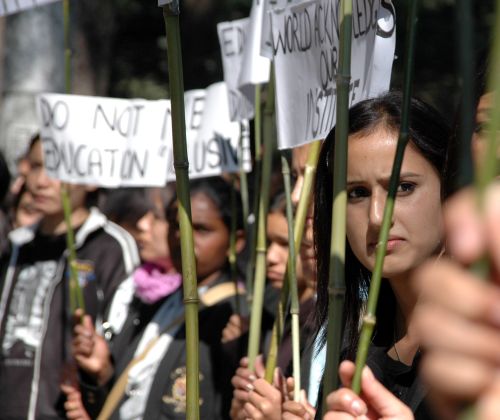 An heritage institution should not be allowed to die for want of funds, said Mishra.

“We have knocked the doors of the government, urging them not to reduce our grant from 95% percent, otherwise we will be left with no choice but to close down the college,” says Molly Abraham, principal St Bede’s.

The Delhi Provincial, under whose jurisdiction the college falls has already asked them to make plans to close the college, she revealed.