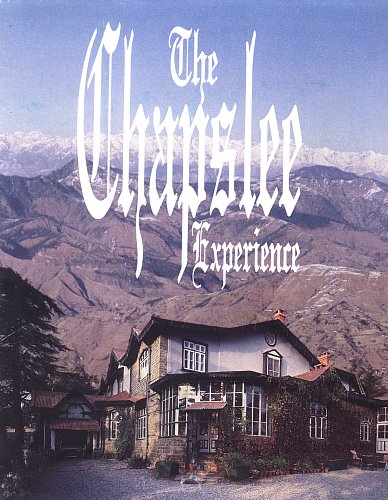 Evocative of a bygone era, Chapslee, formerly the summer residence of the late Hon’ble Raja Charanjit Singh of Kapurthala, is now a small, exclusive Hotel. The Hon’ble Raja Charanjit Singh of Kapurthala was a member of the erstwhile Council of States and had the distinction and privilege of being an invitee to the coronations of both King George V and King Edward VIII. He was a host and gourmet extraordinaire and his table was considered to be one of the finest in northern India.

Built in 1835, Chapslee was acquired by Lord Auckland, then Governor General of the East India Company. The declaration of the first war against Afghanistan known as ‘The Afghan Manifesto’, was signed at Chapslee on the first of October, 1838. Sir Edward Buck writes in his famous book, Simla Past and Present, “In the opinion of many good judges, Chapslee is surpassed by no other Simla residence in arrangement and general advantages”.

The Drawing Room ” If Simla is the queen of the hills, then Chapslee is its crown…” Lady Penelope Betjeman.

” One of the oldest manor houses in Simla with extensive grounds, good views and period furniture …” India companion by Louise Nicholson.

” It is worth going to Simla simply to stay at Chapslee…” Hill stations of India by Gillian Wright.

” Chapslee reveals India’s exotic past along with the rich variety of the present ….” Indian style by Suzanne Slesin & Stafford Cliff.