Dharamshala: A visit to Pong Dam Lake for seven youngmen from Gunari, Una turned into a tragedy when two of them drowned on Saturday evening. 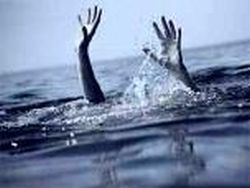 Gyan Chand Thakur, deputy suprintendent police Jawali in a brief disclosed two of the seven youngmen who got into the Pong Dam waters died due to drowning.

He said, “all these youths had come to visit Pong Dam from Gunari Una and went to take bath in Pong Dam in the evening on Saturday. Among them, two youths Rahul (19) and Deepak (19) drowned who were reported to be of village Pirthipur Tehsil Ganari and Thana Gagret district Una .”

As soon as the report of the accident reached Police station, the in-charge PS Fatehpur and other staff of police station and the NDRF team reached the spot and took out both the bodies. DSP Thakur said that both the dead bodies are being sent to Nurpur Hospital for post-mortem.