Association for Democratic Reforms (ADR) and National Election Watch (NEW) has painstakingly analyzed 4852 out 4896 affidavits, which includes 774 out of 776 affidavits of MPs and 4078 out of 4120 MLAs from all the states of India who will vote for the President of India elections on 17th July, 2017.

They collectively form the Electoral College, who vote for the Presidential Elections to elect the new President of India. 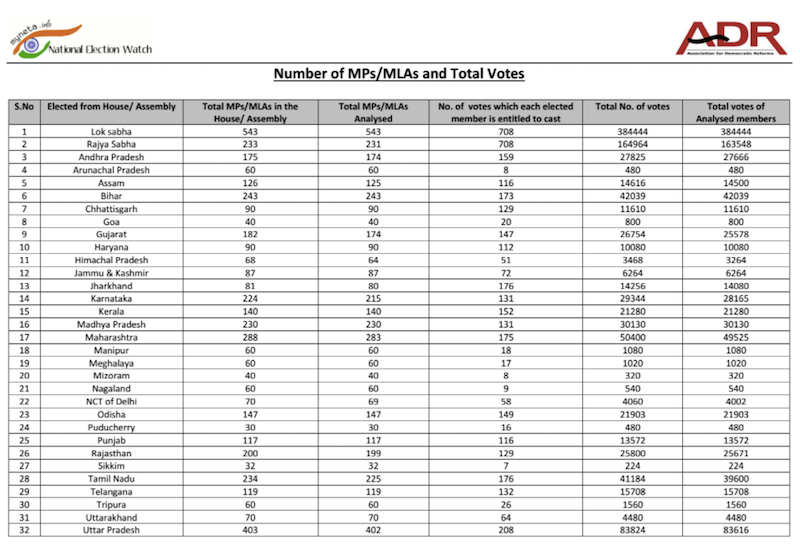