Manali: Border Roads Organization (BRO), mandated with constructing and maintaining vital border roads in the Himalayas, have started snow clearing operations on strategically important Manali-Leh highway, which happens to be one of the highest and dangerous highways of the world. Inclement weather had already delayed the operation. 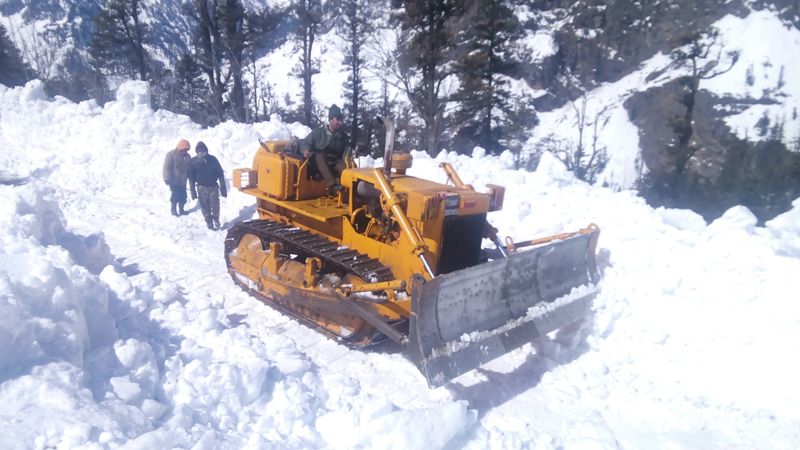 Heavy duty bulldozers and snow cutters have been pressed into service to start the job from Gujaba, 23 Kms from here.

The higher reaches at Rohtang and Baralacha Pass have received more than 40 feet of snow, which at some points has accumulated to over 100 feet of glacial flows. The engineers working on the road clearing operation are of the opinion that cutting through the thick sheet of snow is not going to easy this year, which could delay opening of Manali-Leh highway.

“Bad weather, heavy snowfall and avalanche warnings have forced us to delay the snow clearing operation,” Colonel KP Rajendera Kumar, the BRO commander here says. “More snow is forecast for the days ahead and there is a real danger of avalanches being triggered.”

Manali-Leh highway that serves as an alternate route for civilians and the military forces to reach Ladhak, has completely disappeared below thick sheet of snow beyond Kothi,  12 Km from Manali.

Clearing the snow is not the only challenge but finding the exact trail on highway with nearly hundred hair pin bends without falling into any gorge is the bigger challenge in days ahead. Cutting dozens of avalanches, escaping fresh avalanches, facing blizzards and working under temperature minus 20 degrees or more are some of the major challenges before BRO, said Col Kumar. 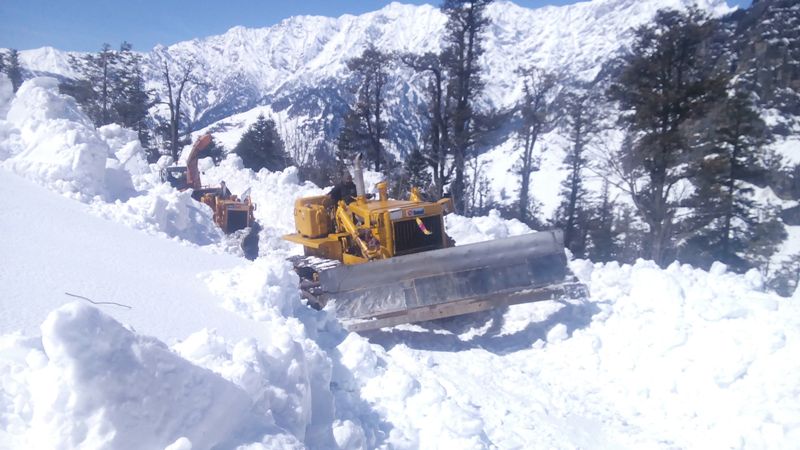 Normally the Manali-Leh road is thrown open for vehicular traffic by late April or early May, but this year opening of road may take more time.

“We will first concentrate on Rohtang pass and then put all efforts on Baralacha pass. Meanwhile, we are trying to open Keylong-Sissu and Keylong-Darch highways. As soon as weather will turn favorable, we shall start the operation,” Colonel Rajendra said.