McLeod Ganj Dharamshala: Five hill beauties from the Himalayan region vie for the coveted the Miss Himalaya Pageant 2014 that was announced here today.

“Two of the girls who have entered the fray are from Thimpu, Bhutan and the other three are from Himachal Pradesh,” Lobsang Wangyal, director of the pageant disclosed at a media conference.

The contestants have arrived in McLeod Ganj and we had an official photo shoot in the afternoon,” said Wangyal.

Dawa Dema (22), from Thimphu, Bhutan, is pursuing a course at Institute of Technology and Future Management Trends (ITFT) College, Chandigarh. She is 165 cms tall. She likes listening to music.

“The voice in me shouted and said that I want to become someone who could help those who are in starvation, proverty and chaos. I want to bring the sunshine to those who still living in the darkness. My mom supports me for this, which makes me more ambitious,” says Dawa.

Jyoti Dogra, (22), from Bhagsu Nag, is 165 cm tall, and likes singing and listening to music. She is currently pursuing her MSc in Environmental Sciences at Central University in Shapur.

She says her greatest aspiration is to become an Earth scientist and a teacher. “But before that I have miles to go and Miss Himalaya is my very first milestone,” said Jyoti.

Kuenzang Choden (23) is from Thimphu, Bhutan. She is a final year student at Institute of Technology and Future Management Trends (ITFT) College, Chandigarh. Her hobbies are listening to music and dancing.

“I wish to be a good human being, at least to help some of the most vulnerable people who are in need. Thus, it doesn’t mean to measure the value in monetary basis, but to respect other human kind and show some compassion and generosity which in fact is worth more than the monetary value,” says Kuenzang.

Priyanka Dogra (24), is from Bilaspur, Himachal Pradesh. She has a MSc in IT and is working with a private company. She is 167 cm tall and loves dancing and modeling.

“The ultimate goal of all mankind, the aim and end of all religions, is but one — reunion with God, or what amounts to the same, with the divinity which is every human’s true nature,” said Priyanka.

Shikha Sharma (20), is from Dharamshala, Himachal Pradesh. She is a student doing her BA and is 173 cms tall. Her hobbies include playing badminton, listening to songs, and modeling.

“My main aim in life is not to become a super model, but rather a role model for the youth,” says Shikha. 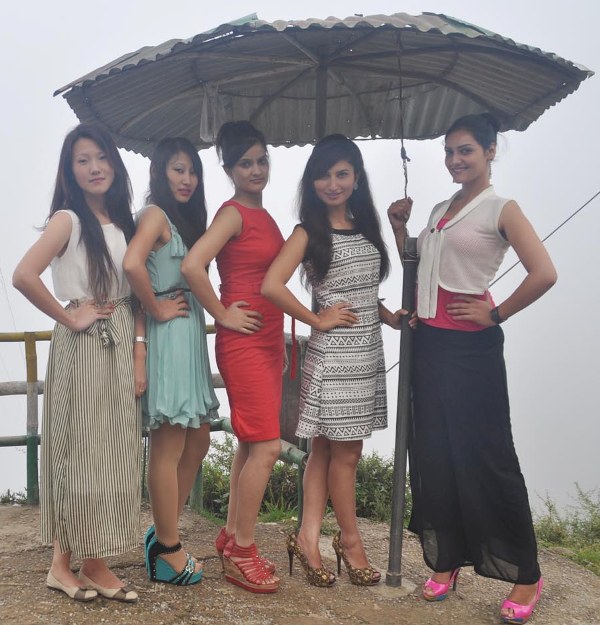 They are all enthusiastic and ambitious in life, and want to become role models in society, said the organizers.

There would be three rounds, which include Introduction, Traditional Costume, and Interview Rounds, followed by crowning of the winner and the presentation of cheques, said Lobsang Wangyal.

“We had expected more participants in this second edition of Miss Himalaya Pageant,” he added. 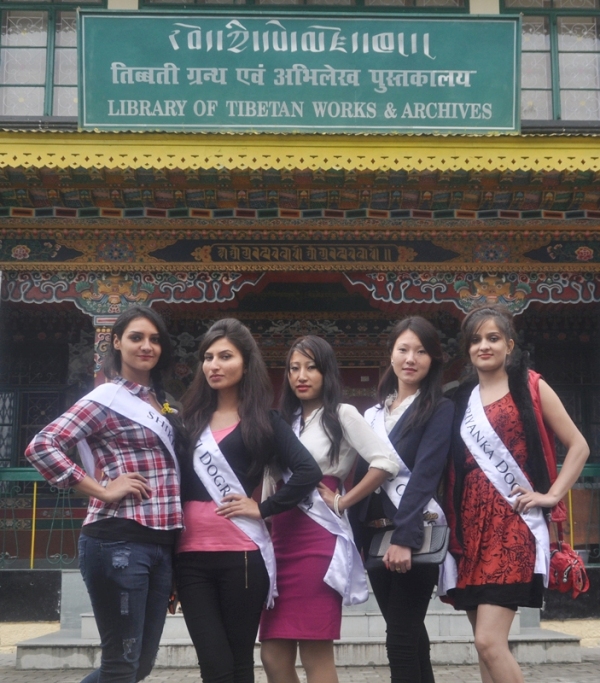 Runners up at the pageant has a cash prize of Rs 50,000 sponsored by an organisation from Japan called Rainbow Children, and the third prize is sponsored by the United Nations for a Free Tibet (UNFFT).

“The event is aimed at providing a platform for young women from the entire Himalayan region, which include Jammu & Kashmir, Himachal Pradesh, Uttarakand, Sikkim, Arunachal Pradesh, Meghalaya, Nagaland, Manipur, Mizoram, Tripura, hilly regions of Assam & West Bengal as well as young women from Bhutan and Nepal; in order to promote identity, culture and contribute towards sensitizing and preserving a fragile Himalayan environment,” says Lobsang Wangyal, who for a decade even did organize the Miss Tibet pageant.