Shimla: While most Indian states suffer from acute power shortage, Himachal Pradesh, strangely, is facing an uphill task in disposing of its surplus electricity in the country’s two operational power bourses. 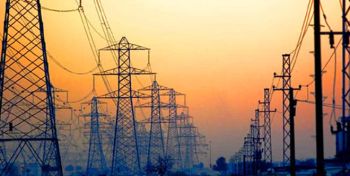 The reason: a majority of state electricity boards are cash-strapped and prefer to resort to outages, euphemestically called load shedding, than buying electricity to meet the peak demands.

“Most of the electricity boards, which were earlier procuring electricity in bulk, are now opting for long cuts. They are not keen to enter into long-term agreements with Himachal,” an official of the state’s directorate of energy told, not wishing to be identified.

Himachal Pradesh, one of the country’s largest hydropower producers, generates 8,418 MW and out of this 930 MW is available to the state for sale from April to October, when the generation is optimum.

The state got this share of power through equity and as royalty from various hydroelectric projects.

Out of the 930 MW surplus power, the state is selling 230 MW in the open market at a lower profit mainly through the Indian Energy Exchange (IEX), which holds 97 percent market share, while the rest directly at mutually agreed rates to West Bengal (300 MW), Punjab (100 MW) and to its own electricity board (300 MW).

Official sources said West Bengal was buying electricity at Rs 3.65 per unit, Punjab and Himachal’s own electricity board were paying Rs.4.04 and Rs.2.90 per unit respectively.

“A short-term agreement to supply power to West Bengal for one year was signed last November. But for long-term (12 years) agreement, Bengal opted for the Baglihar project in Jammu and Kashmir and that too at a steady rate of Rs.3.65 per unit,” said an official, who didn’t wish to be identified.

“Himachal has actually been incurring losses by selling power in the open market, where rates are constantly going down since 2009. After the expiry of the agreement with West Bengal in November, the government would need to dispose of another 300 MW in the open market,” said the official.

Currently, the average electricity rate in the open market is around Rs.2.50 per unit.

Take the case of July. The average sale rate at the IEX was Rs.2.05 per unit, whereas it was Rs.3.25 in the same month last year, said an official.

The situation is similar at the Power Exchange of India, another exchange.

The department (November 2012) attributed the decrease in revenue to changed market scenario and significant increase in generation capacity, said the CAG.

The state has a hydropower potential of 27,436 MW.