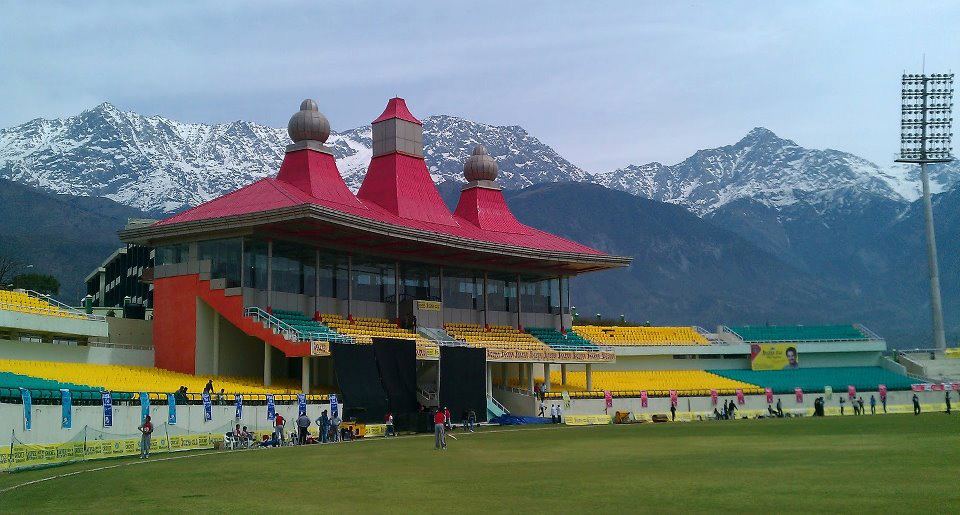 The Himachal Pradesh Cricket Association (HPCA) stadium, located at an altitude of 4,000 feet with the mighty snow-clad Dhauladhar range forming the backdrop, will host Kings XI Punjab’s two home matches – expected to be watched by over 20,000 cricket fans, most of them from outside the state.

“Since this town is facing a shortage of hotels and we are expecting a good rush, we have asked the locals to throw open their doors to the visitors,” said HPCA president Anurag Thakur.

He said a few locals, mostly settled on the outskirts of the town, have volunteered to extend hospitality to the visiting fans by providing them board and lodging in their houses.

The town, located 250 km from state capital Shimla, has 56 registered hotels and guest houses with a total bed capacity of 1,100.

Similarly, Mcleodganj, eight km from Dharamsala and the abode of Tibetan spiritual leader the Dalai Lama, has around 91 registered hotels with a capacity to accommodate 1,000 people. But there is no five-star hotel in the vicinity of the town.

HPCA press secretary Mohit Sood said the HPCA got a good response this year from the locals, especially those settled in Naddi and Bhagsunag villages, the popular tourist destinations uphill Mcleodganj.

“We will offer local cuisine in traditional manner to our guests,” Naresh Thakur of Naddi said.

Himachal Pradesh Tourism Development Corporation (HPTDC) general manager Yogesh Behl said: “All the four HPTDC-run hotels in Dharamsala have been booked. Even accommodation in our nearby properties in Palampur and Jawalaji has been almost 90 percent booked.”

Both Palampur and Jawalaji towns are located within a 40-km radius of the stadium.

State tourism director Arun Sharma said there were around 20 homestay units located on the outskirts of Dharamsala where the spectators could get a good accommodation.

Under the homestay scheme, any resident living on the outskirts of a town can rent out a portion of his house – maximum three rooms – to tourists after getting the premises registered with the state tourism department.

“Some of the homestay units are located amid scenic beauty. Their location is available on the official website of the state tourism department,” Sharma added.

The HPCA stadium is the second home ground for Kings XI Punjab – the first being Mohali near Chandigarh.

Kings XI’s first match at Dharamsala is with Chennai Super Kings and the second one is with Delhi Daredevils.